Do zombies, monsters and skulls live in Paradise? This is the question that only Jamie Jones can answer by bringing his label’s big parties of the same name to The Wynn’s XS nightclub for Halloween weekend. While this seems like an ambitious move on paper, the truth of the matter is that locals and tourists alike want more variety in deciding their festivities for special weekends. Considering this is the first time he’s ever hosted a Paradise party in the Vegas Environment, Jones is in a position in which any normal human would be more nervous than excited. Regardless, he proves in his quote from a press release that he has a very clear head about what he wants to do:

“We all know Vegas is pretty much built for partying but we always felt underground music wasn’t properly represented,” he says. “After seeing XS Nightclub in the flesh we thought it was an amazing space with all the bells and whistles! Perfect to be transformed into a Paradise playground. We are going all out for one of the biggest party holidays of the year.”

Jones is clearly confident in his mission; based on Paradise’s worldwide success, we can see why there’s not a bead of sweat on his face. The price of the night is a steal for a halloween weekend affair, starting at $40 for Guys and $25 for ladies. Doors open at 10:30 PM and as Jones said, the whole club shall be turned into a playground. For those looking for something a bit more refined of a turn up. 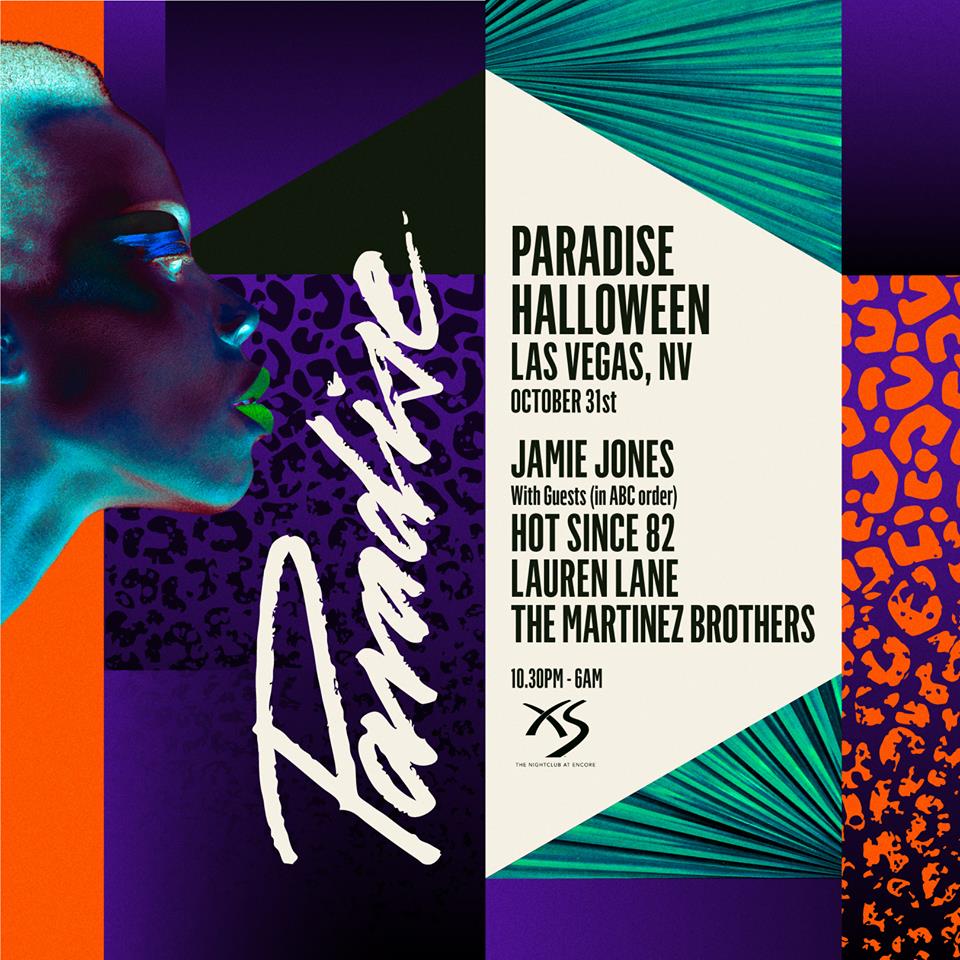