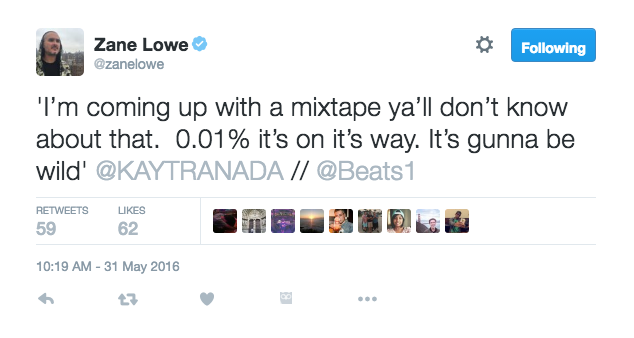 Kaytranada has just dropped a pair of bombshells on Beats 1. Taking to Zane Lowe’s show for the Apple Music venture earlier this morning, Kaytra revealed plans for a follow-up to his recently-released studio album 99.9% and debuted a new rework of Rihanna’s Anti single “Kiss It Better.” Speaking on his next venture, Kaytra introduced his next project 0.01% by telling Zane Lowe, “I’m coming up with a mixtape ya’ll don’t know about that. 0.01% is on its way. It’s gonna be wild.” No word on a release date, but it looks like we have a lot of new

Kaytranada to look forward to. For now, stream his latest remix below.