Now in full bloom in its 11th year, the Golden State’s premiere camping, arts, music and yoga festival, Lightning in a Bottle, returns to central California May 25 – 30, announcing a world-class musical gathering that exudes the playfully aware ethos cultivated by festival founders Do LaB. Fans of LIB can feast their hungry eyes on some of 2016’s most progressive up-and-coming artists alongside an acclaimed curation of powerhouse acts, forming the most dynamic lineup Do LaB has unveiled to date.

Host to several of the most intricately-built and aesthetically stunning stages in the world, and arguably the most compelling display of large scale art outside of Burning Man – Lightning in a Bottle 2016 will showcase an incredible roster of global musical acts, artists, and installations, totaling over 300 in number. In a conscious effort to bring balance to a lineup that already crosses the musical spectrum from progressive house to future bass, Do LaB has also booked more female artists than ever before including 2016 performances from Alina Baraz, Marian Hill, Hundred Waters, Mija, Rubblebucket, Tokimonsta, Magda, Ibeyi,Francesca Lombardo, in addition to headliner Grimes. 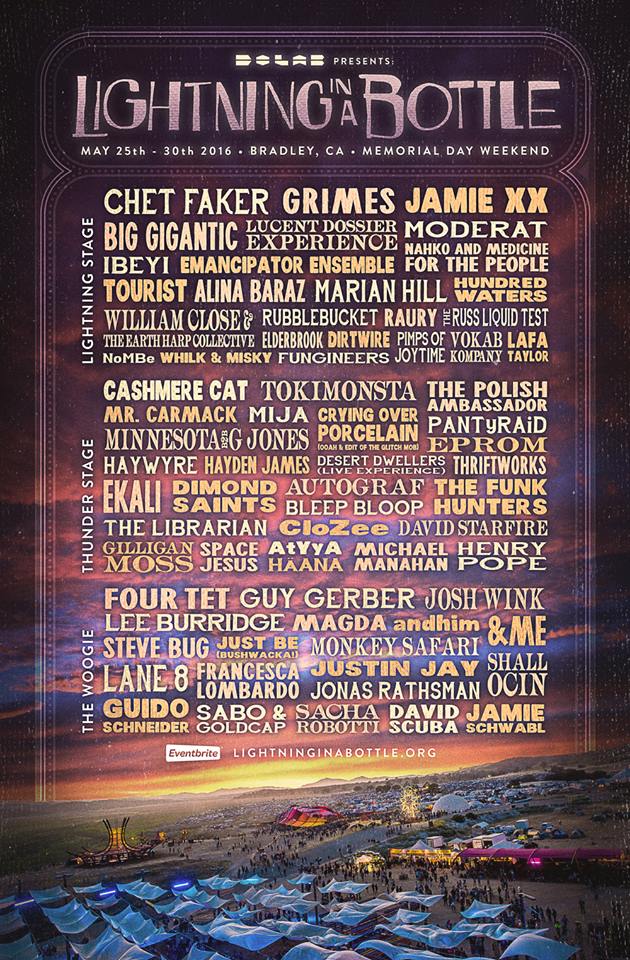