Lollapalooza will be returning to Paris next summer for a second time and organizers have revealed that Depeche Mode, Gorillaz, The Killers and Travis Scott lead the lineup.

The second French edition of the alternative music festival will be taking place at the Hippodrome de Longchamp on July 21st and 22nd of next year and will feature over 40 music artists spread over four stages.

There’s plenty of EDM represented at this year’s Lollapalooza Paris 2018. Diplo and Axwell Λ Ingrosso lead the charge as far as marquee names go, but they’re also joined by a bass-heavy lineup including Krewella, Dillon Francis, RL Grime, REZZ, Ghastly, Troyboi, Slander, San Holo, Ekali, Valentino Khan plus a back to back from DROELOE and Taska Black. 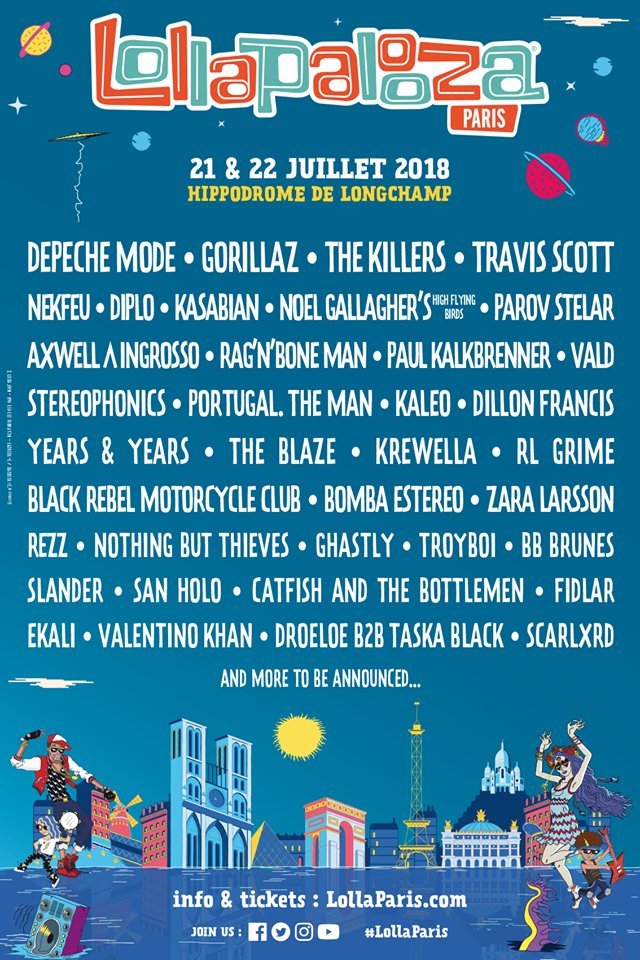