The 10th annual Outside Lands Festival will take place in San Francisco’s historic Golden Gate Park August 11 – 13. Festival organizers Another Planet Entertainment, Superfly and Starr Hill have just detailed the lineup for this year’s event which will be headlined by The Who, Metallica and Gorillaz.

Lorde, Fleet Foxes, Queens of the Stone Age, alt-J, Solange, A Tribe Called Quest, Little Dragon, Belle and Sebastian, The Avett Brothers, Above & Beyond, Tove Lo, Action Bronson and Thundercat join the headliners at the top of this year’s lineup. Rebelution, Dawes, Real Estate, Temples, Warpaint, Khruangbin, Lee Fields & The Expressions and Lawrence are also among the acts confirmed for Outside Lands ’17. Check out the full lineup below.

In addition to witnessing plenty of music, festivalgoers can also enjoy a wide array of culinary options. This year, ticketholders will have access to more than 80 Bay Area restaurants, 40+ Northern California wineries, close to 30 west coast breweries, and a collection of the region’s best cocktail bars. Stay tuned for the Outside Lands 2017 food and drink lineup.

Both 3-day and single-day GA and VIP tickets go on sale this Thursday, April 6 at 10 a.m. PT via the festival’s website. The past six years of the festival have sold out. A portion of every ticket sold will directly benefit San Francisco’s Recreation and Park Department. 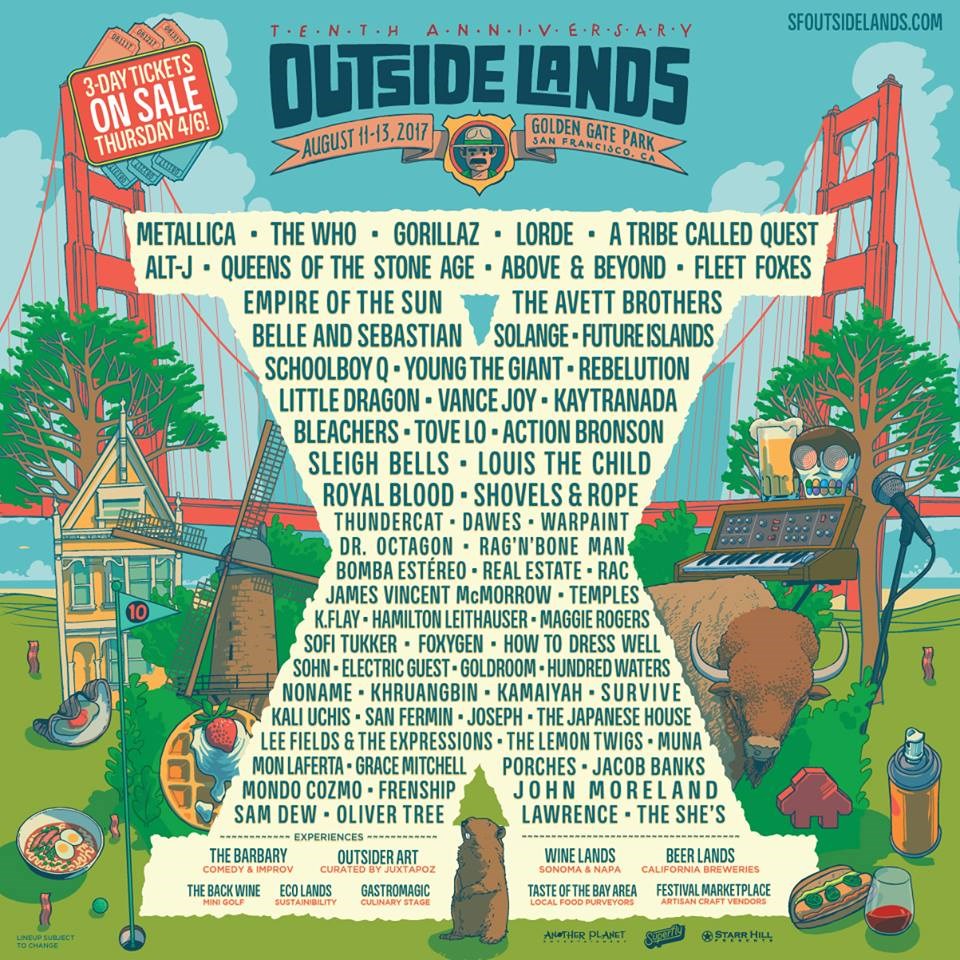