Porter Robinson built an amazing lineup for his surprise contribution to the Bay Area’s Summer festival season. Second Sky, his collaborative day event with Goldenvoice, was only announced a little while ago, but Robinson made a point to release his lineup ASAP. He gradually tweeted photos each day before the tickets went on sale and revealed G Jones, Kero Kero Bonito, Nina Las Vegas, Anamanaguchi, Cashmere Cat, Wednesday Campanella, Chrome Sparks. The big kicker was his final reveal: a DJ set from Madeon! And when you see “DJ Set-“ trust us when we say one of those experiences from Madeon is an insane live experience in itself. With a full lineup revealed we’re confident this is a show that’s even worth a flight from the east coast.

Second Sky will be stacked with performances by international artists specially curated by Robinson. On his philosophy behind the artist bookings, he says, “I approached the lineup with the question in mind: Which of my favorite artists do I think my fans would love, if they don’t already? I chose artists who I’d feel really proud to be playing with. I’m happy there’s a place where a lot of interesting and unclassifiable music can coexist.”

To top it all off, Porter Robinson’s SECOND SKY headlining performance will mark the return of his groundbreaking “Worlds Live” show for its only 2019 appearance. The performance will see Porter singing, manipulating multi-tracks, triggering samples, and playing keys along with an immaculately produced visual and lighting show. 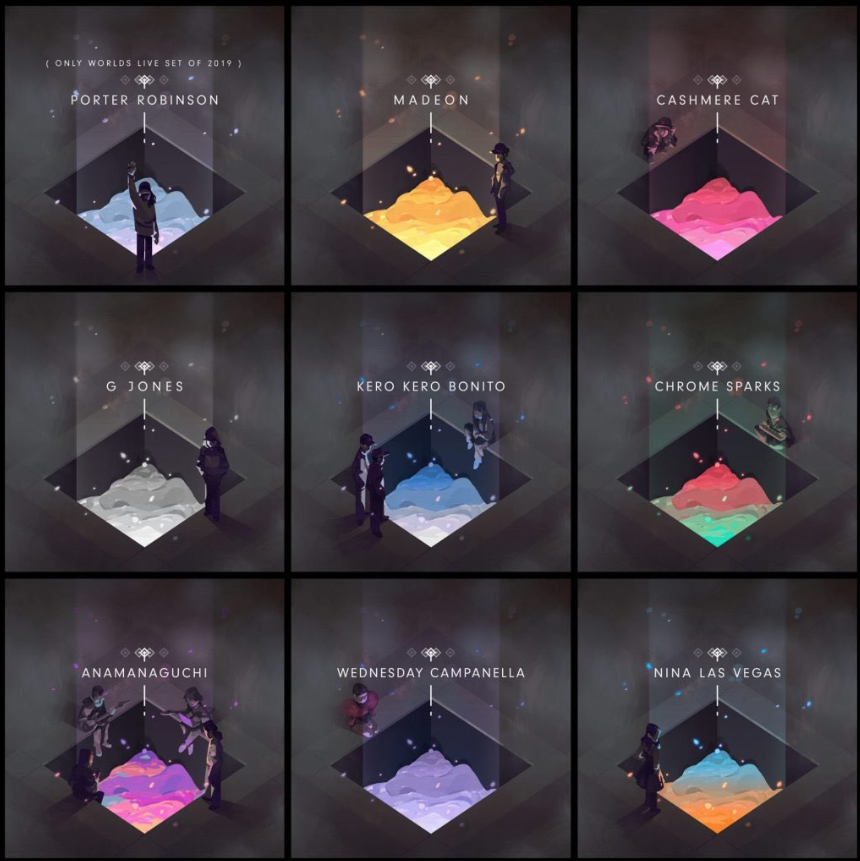