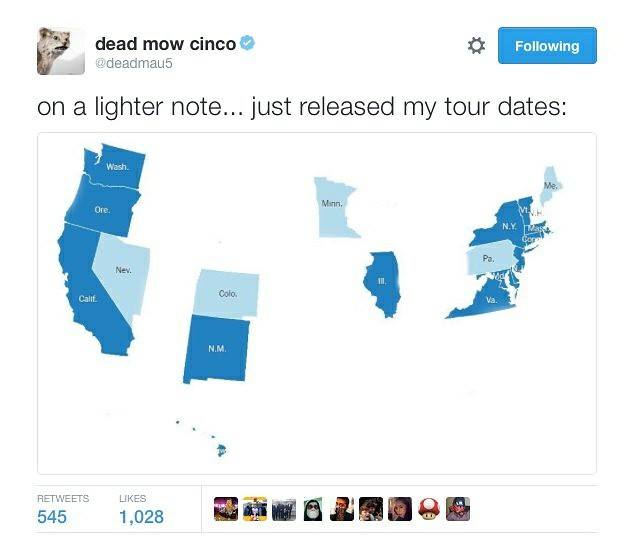 Deadmau5 is known for his rants and jokes that get pretty real, yet one recent political commentary got a little too real for some booking agents. After the presidential election, to bring some laughs to the table, deadmau5 tweeted out a photo of the states that voted for Hillary Clinton with a caption that said, “on a lighter note… just released my tour dates.”

As we all know deadmau5 and his satire and trolling motives, this was clearly not serious, but Decadence Arizona might not have gotten that memo, calling Joel’s booking agent in anger worried he was no longer going to the festival in Arizona.

Sometimes we all just have to take a joke right? In other news, deadmau5’s album comes out December 2nd, and tour dates should follow soon, in a timely and proper manner.

decadence just called my boooking agent flipping ahit about me posting a map with blue shit on it.