Los Angeles! You’re in for a special treat as you’ll be able to experience RL Grime at Exchange LA on Thursday, February 10th, 2022 during Super Bowl Weekend.

RL Grime is a distinct voice in a sea of monotony. He has found a way to conquer the electronic space without compromising his identity and therefore evokes an unrelenting independence in a world where independence is the utmost rarity.

His live show has been celebrated as “an unparalleled force” and has graced the biggest festival stages across the world (Coachella, EDC Las Vegas, HARD Summer, Lollapalooza, Buenos Aires, STORM – Shanghai etc) With only two albums out, over 100 million plays on his songs, rave reviews and magazine covers, he has quickly become the darling of the dance world. And at 30 years old, with his next LP on the way, he is on the verge of becoming a household name for years to come. 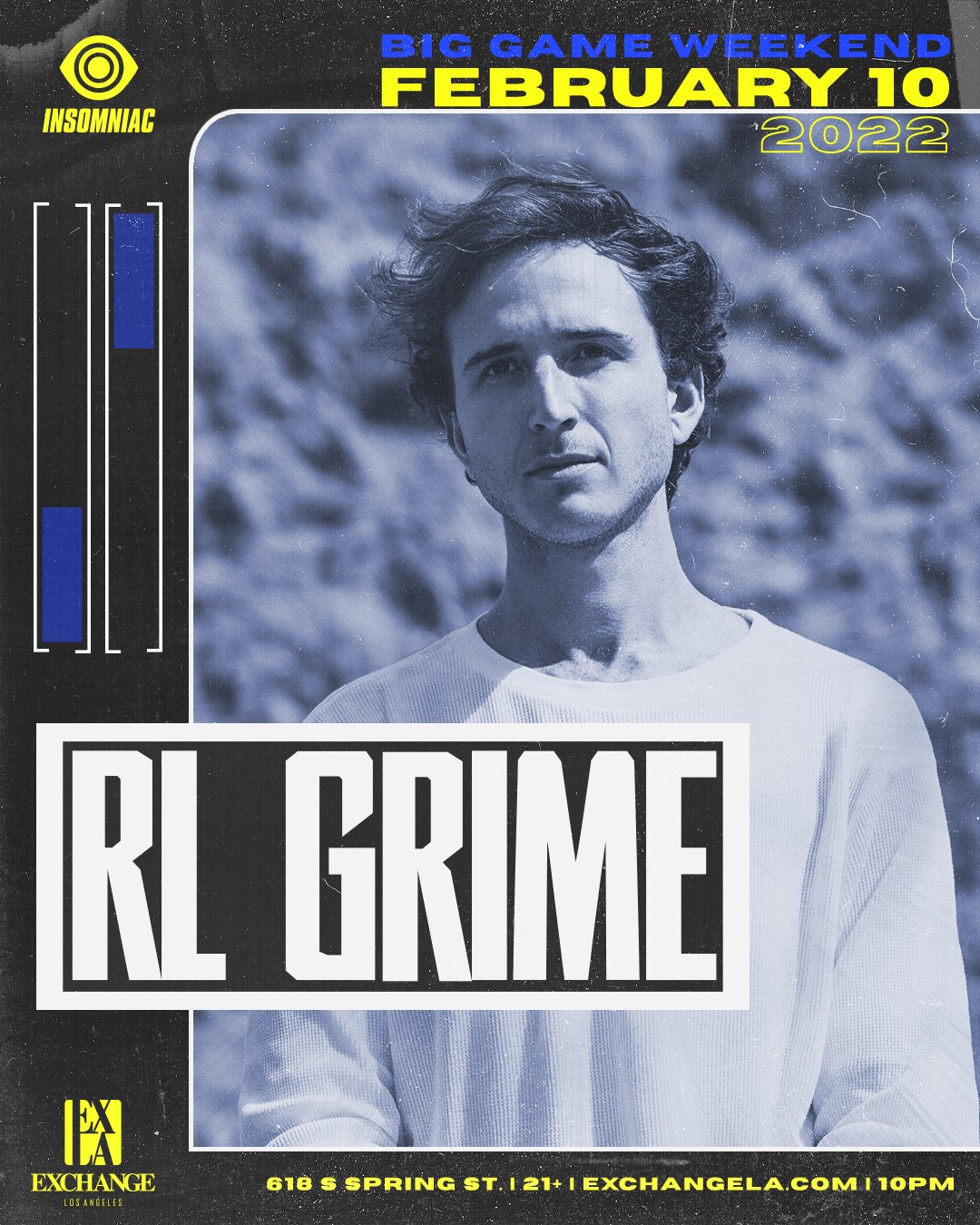