Due to overwhelming demand, have added a third performance at Shrine Expo Hall on November 1 at 9:00 PM. Friday and Saturday performances have sold out. Tickets for the new date go on sale Friday, June 1 at 10:00 AM via AXS.com. All shows are 18+. The Goldenvoice presale begins Thursday, May 31 at 10:00 AM until 10:00 PM with the password HEYJUNE.

Now residing in Los Angeles, RÜFÜS DU SOL have spent the past year finishing their third album, largely influenced by the stark desert landscapes of California and their experiences on the road. With a new record on the horizon and a standout two-year tour at their backs, RÜFÜS DU SOL has entered a new era of their career.“It feels like a new RÜFÜS,” the trio says. “We’re excited about this new music. We’re ambitious ever.” 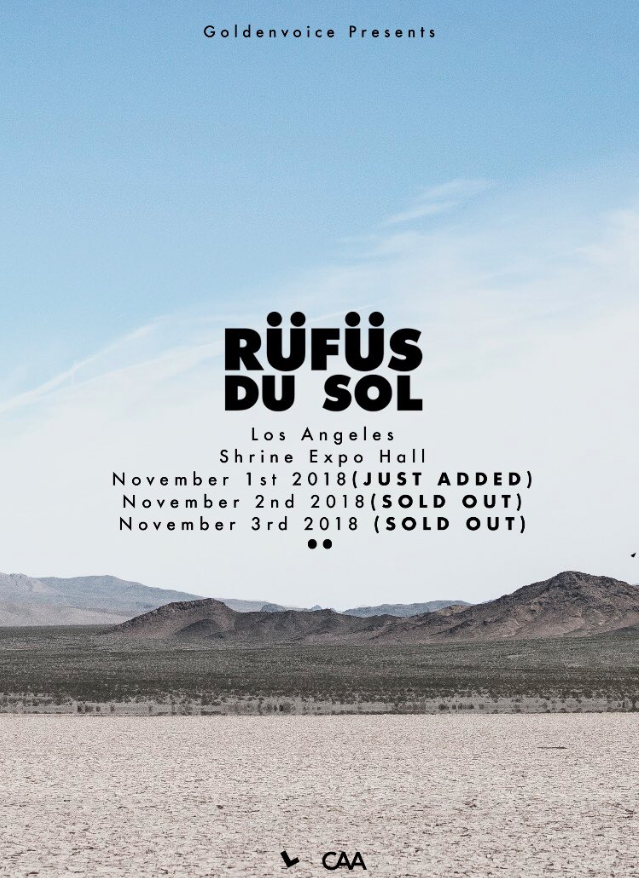