Rihanna talked to Vogue about releasing a more dancehall/ reggae album back in June, causing a buzz amongst several of her fans. It looks as if said album has been in the process for a year now, with hundreds of submissions from singers and songwriters in addition to an alleged second pop-focused album. For the former project, sources say about ten tracks have been chosen. One or two of them are allegedly from Skrillex. A report from Rolling Stone details the involvement of producers like Supa Dups (the producer behind “Controlla”) and Stephen “Di Genius” McGregor (who has worked with Vybz Kartel and Sean Paul), claiming Skrillex came in to represent Rihanna at some sessions as well.

The news broke via Blackbear’s social media, with the performer captioning an image of him at a piano with the words: “Wrote a song w Rihanna, Skrillex and Corporal tonight in London and it v good.”

Despite this new flow of info, news of this album has not been released quite yet. If Skrillex is indeed involved, the album’s release will be one less thing on his plate before his own work is revealed.

Look out for more news on this album. 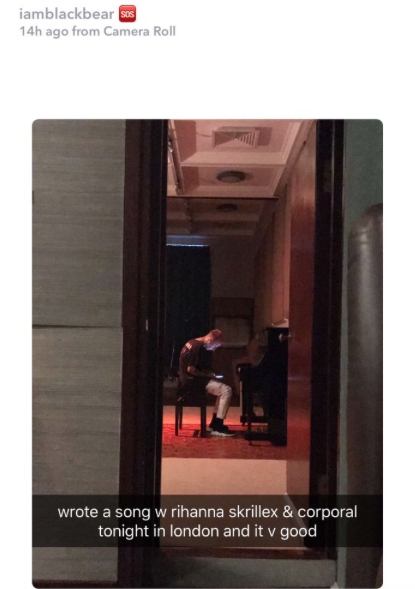