It’s never too early to start planning for New Year’s Eve! This year, SnowGlobe, held in South Lake Tahoe, is looking like it might be the event of the season. Held over the span of three days beginning December 29th, this will be the fifth annual SnowGlobe Festival and the lineup is quickly turning heads this year as The Chainsmokers, who are currently dominating the charts, + Flume, Rüfüs Do Sol, RL Grime, Snails, Lido, Mr. Carmack, and so much more will be ringing in 2017 with a bang this year.

SnowGlobe prides itself on bringing a diverse list of talent to their show, featuring mainly electronic but including popular hip-hop acts and heavier, bass and dubstep DJs as well.

This year, SnowGlobe is proud to announce…. 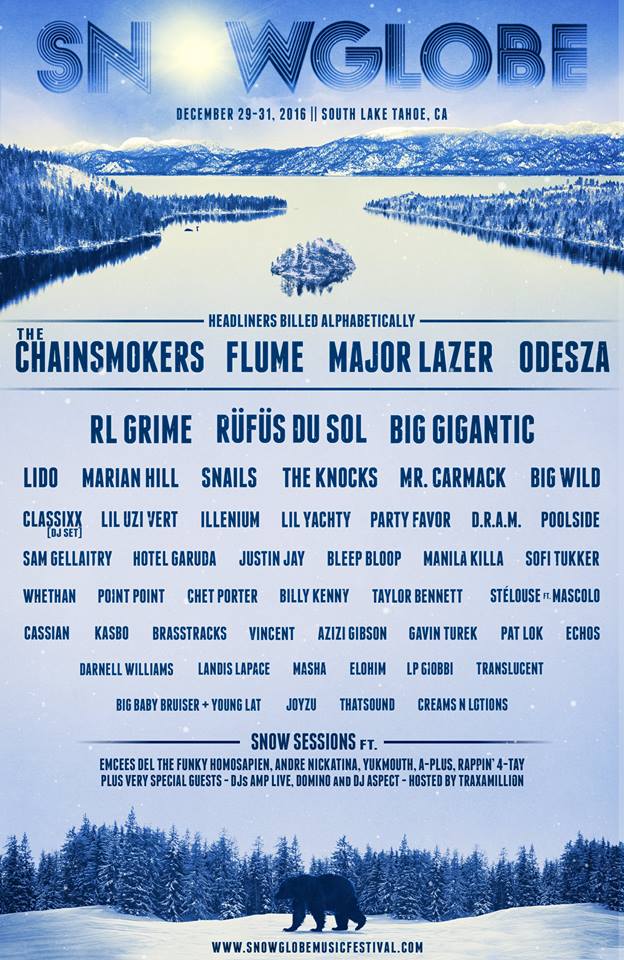