The California desert has long served as a getaway for artists and outliers, a refuge to escape prying eyes, to unwind and lose yourself in broad skies and shimmering horizons. This December, Palm Springs is being reclaimed for another generation of adventure seekers, with the debut of Desert Air, creating a new legacy for electronic music in the Mojave. For more info, head to desertairfest.com.

Desert Air, presented by Splash House and Goldenvoice, will bring globally recognized and critically acclaimed DJs and genre pushers to one of North America’s most unique open-air venues. The Palm Springs Air Museum will host festival goers aside its industrial hangars and historic aircrafts backdropped by the iconic San Jacinto Mountains and desert landscape.

Befitting a desert escape, attendees will have the convenience of resort-style accommodations and a site situated just minutes from the heart of Palm Springs. Expect a confluence of like-minded attendees at Desert Air package partner hotels, The Saguaro and Renaissance.

Desert Air is presented by Goldenvoice and Splash House, the pioneering multi-weekend festival series that brought cutting edge electronic music to Palm Springs with its launch in 2013. 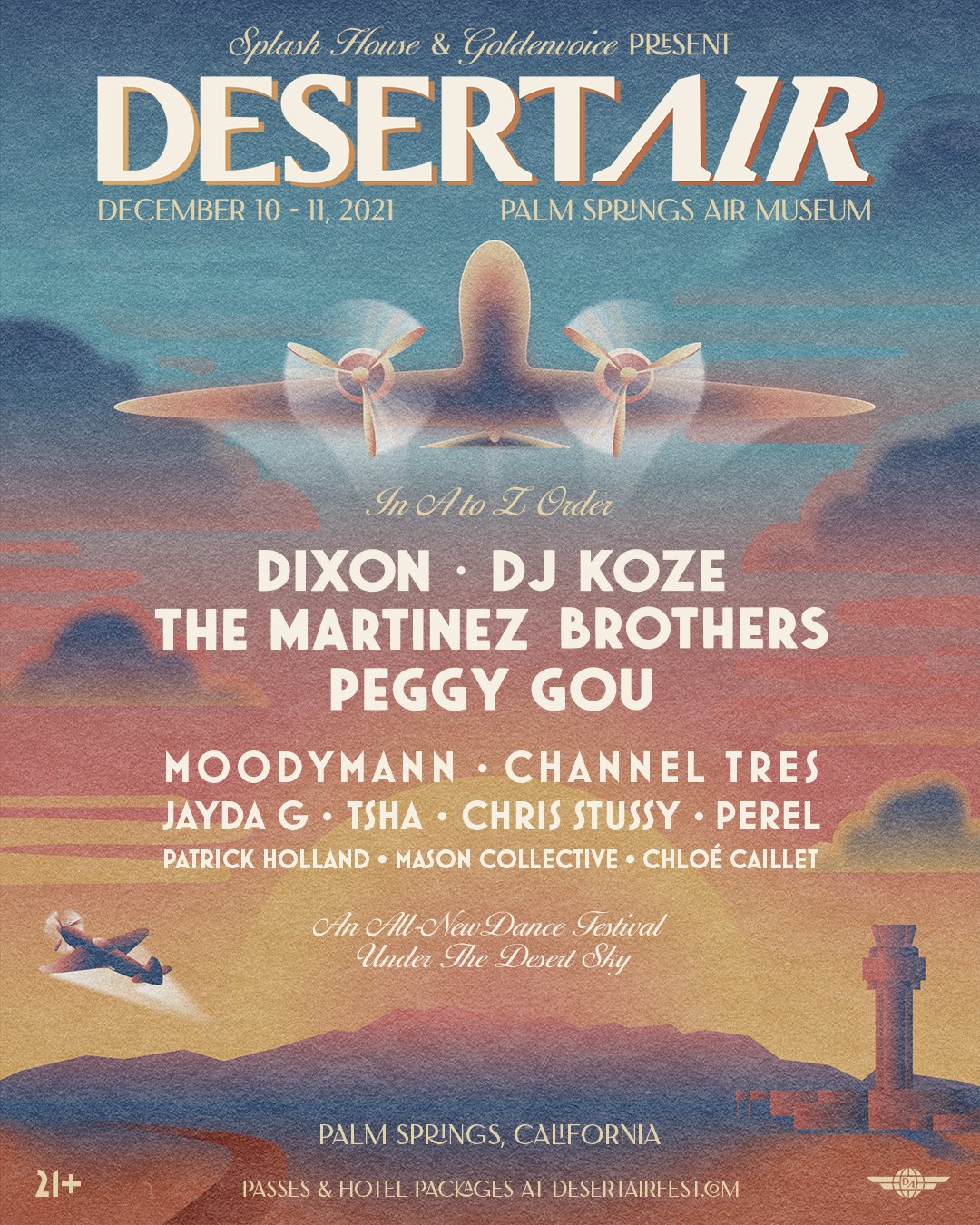