Summertime, can it come any faster? It’s already May and everyone has that festival season bug and here in California there’s countless of EDM festivals happening but what about those who also enjoy today’s Hip-Hop and old school music from the 80’s & 90’s? Luckily for us hip-hop heads, it looks like that is exactly what we’ll be receiving this summer. The Observatory OC just announced Summertime in the LBC Festival and it’ll all be taking place at The Queen Mary Park in Long Beach, California on Saturday, August 5th 2017! Artists that are set to headline include 50 Cent & G-Unit, Bone Thugs n Harmony, and YG. Keep in mind: it is Long Beach, we are on the West Coast, and it is The Observatory were talking about. So you already know this festival had to come correct and book some incredible talent as it also features the legendary George Clinton and Parliament Funkadelic, Zapp, and The Original Mary Jane Girls alongside west coast faves like KRS-One, Slick Rick, Tha Dogg Pound and LBC’s general of G-Funk, Warren G.

The fest also features some of LA’s dopest independent soul food and Mexican catering courtesy of Trap Kitchen, All Flavor No Grease, Taco Mell, A Little Taste of Chyna and Three Stakxs Kitchen Tickets go on sale this Friday, May 19 at 10 a.m. and start at $75, then $85, and finally $95 + fees. 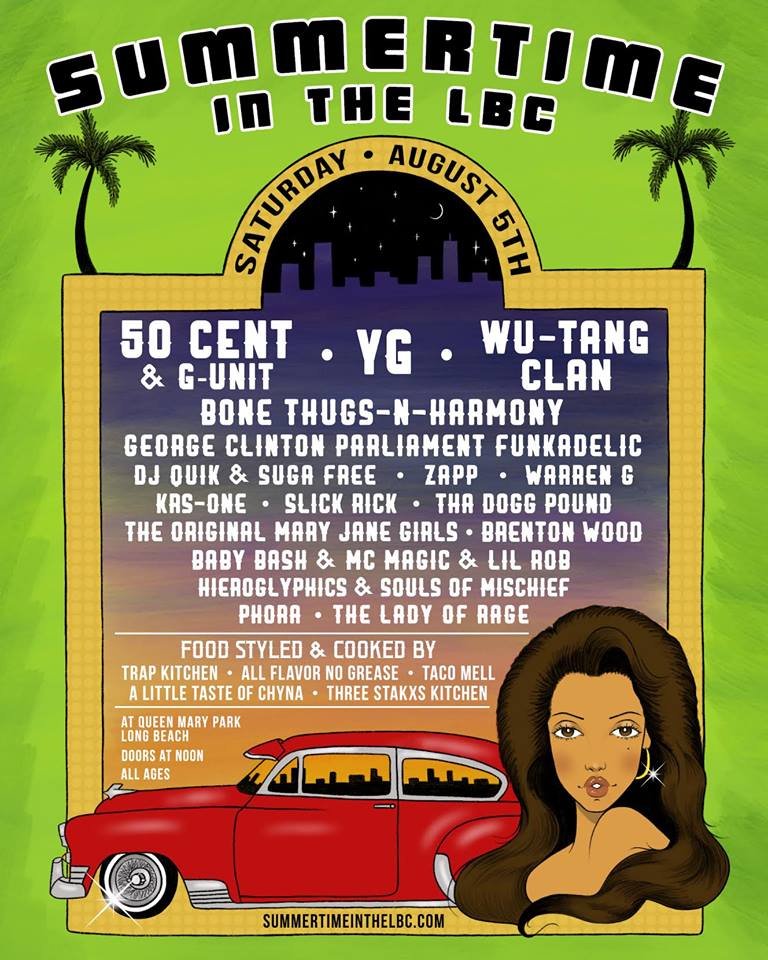