System Of A Down have been slowly working on a followup to 2005’s Mesmerize/Hypnotize, and while we probably shouldn’t hold our breath for a release too soon, the band did just announce their first US shows in three years. They’re all on the West Coast this October, and all with killer support from the reunited At The Drive In and modern metal staples Skeletonwitch. There’s also a huge Glen Helen Amphitheater show with those three bands plus Incubus, Clutch and Pallbearer; and Sacramento’s Aftershock Festival, which Incubus and At The Drive In both play.

Tickets to see these two alternative rock acts perform at the Glen Helen Amphitheater in San Bernardino ,CA will go on sale on Friday, April 13, at 10 a.m. via Live Nation for $45.50 to $149.99 each plus service fees. We’ll keep you posted on any future hometown dates by hometown bands System of a Down and Incubus but for now make your plans to see them live this “Rocktober”! 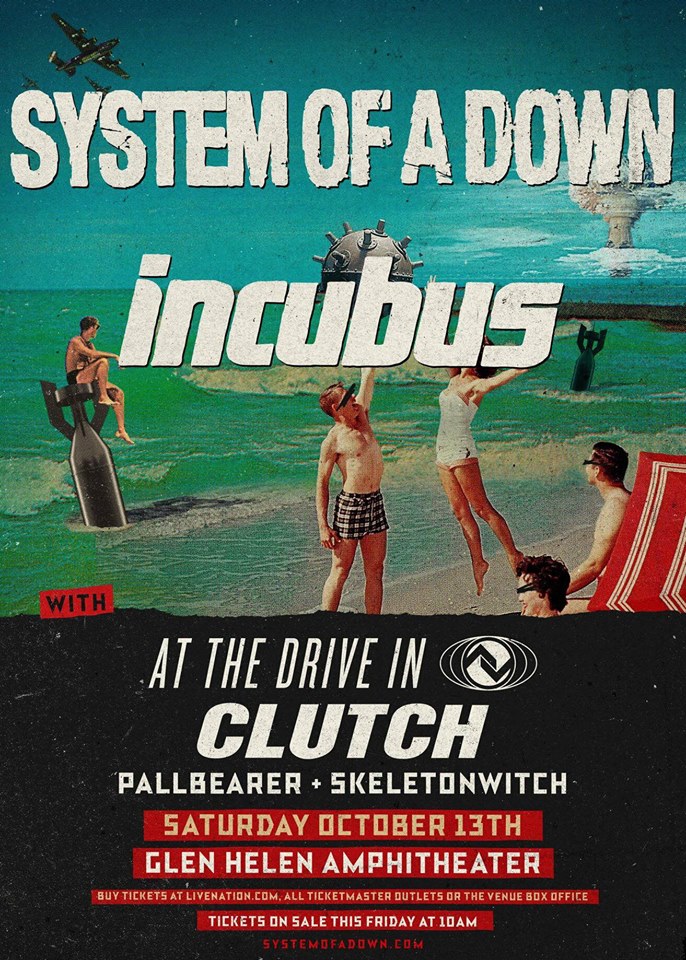