Insomniac’s Factory 93 showcase has a very special day party lined up for the end of March. The one and only Carl Cox will be making his LA return to headline the first Factory 93 event of the year with a special 3 Hour Set. Instead of the usual midnight, after-hour affair, Factory 93 will be hosting a daytime party that starts at 2pm, which will most likely extend to some sort of after party later in Los Angeles. Tickets to Carl Cox at Factory 93 are on sale THIS Friday!

Also, on the bill is techno and house heavyweight, Pleasurekraft, Jon Rundell, and Brennen Grey. The party will take place at a special outdoors, open air venue. So don’t miss out on at Carl Cox at Factory 93 come Saturday, March 31st, 2018.

Win a pair of tickets to Carl Cox at Factory 93 by commenting your favorite DJ set or the first time you saw him live, below 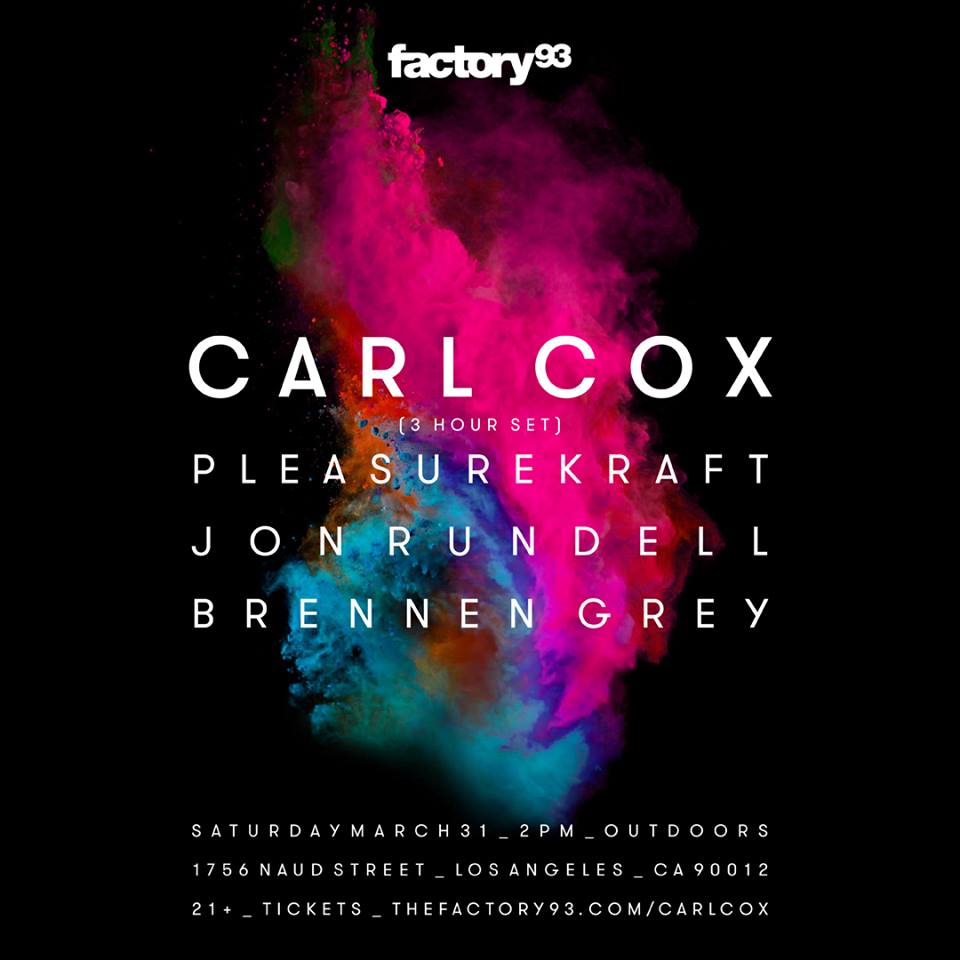