Insomniac has revealed the dates, ticket prices, and payment plan information for the most anticipated Halloween event on the west coast, Escape: Psycho Circus at the NOS Events Center in San Bernardino, CA. Now in its seventh year, the festival will return with two nights of monstrous beats and blood-curdling surprises on Friday, October 27 and Saturday, October 28, 2017.

Four themed stages will fill the grounds as ghoulish costumed characters and eerie circus performers roam through the crowd. The intricately designed Escape Asylum will once again return, transporting thousands of fans into a nightmarish maze of twisted Wonderland characters and storylines.

Last year’s sold-out event welcomed over 110,000 Headliners during Halloween weekend, festively dressed to enjoy more than 60 of dance music’s biggest artists. The massive Slaughterhouse stage stayed true to theme, sitting beneath an enormous European circus tent that stretched 200-feet wide by 400-feet long. Insomniac’s Factory 93 party joined Escape for the first time in 2016, curating the dark and minimal vibes of the Cannibal’s Tea Party stage, with a lineup featuring Jamie Jones, Richie Hawtin and more. In between sets, Headliners reveled in the spectacle of tightrope walkers, fortunetellers and the eerie lagoon fog.

Escape Psycho Circus 2017 GA and VIP will go on sale TODAY. Tuesday, July 18, at Noon PT. Below are all the different price tiers for this year’s Escape. you may also find below the payment plan information.

Want to win a pair of 2-day passes? Comment below with the DJs YOU want to see at Escape 2017? 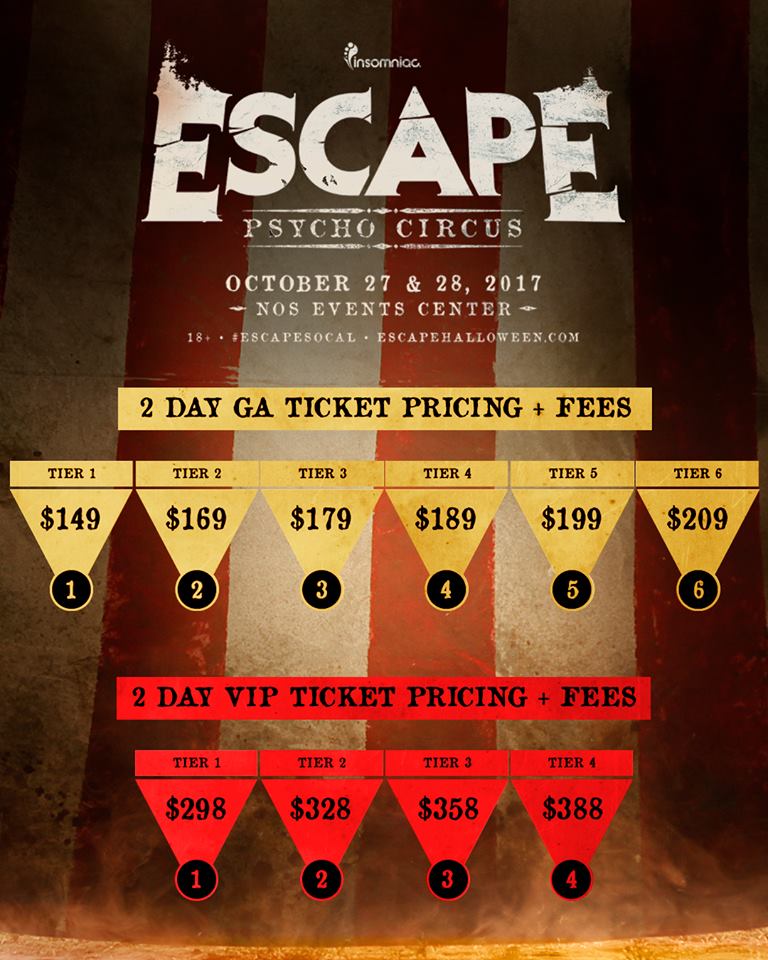 Plan Your Escape! ⛓️🔒🎪 Purchase a 2-Day pass to the Psycho Circus using the layaway plan. Your payment will be chopped into FOUR pieces. Find the information directly down below. 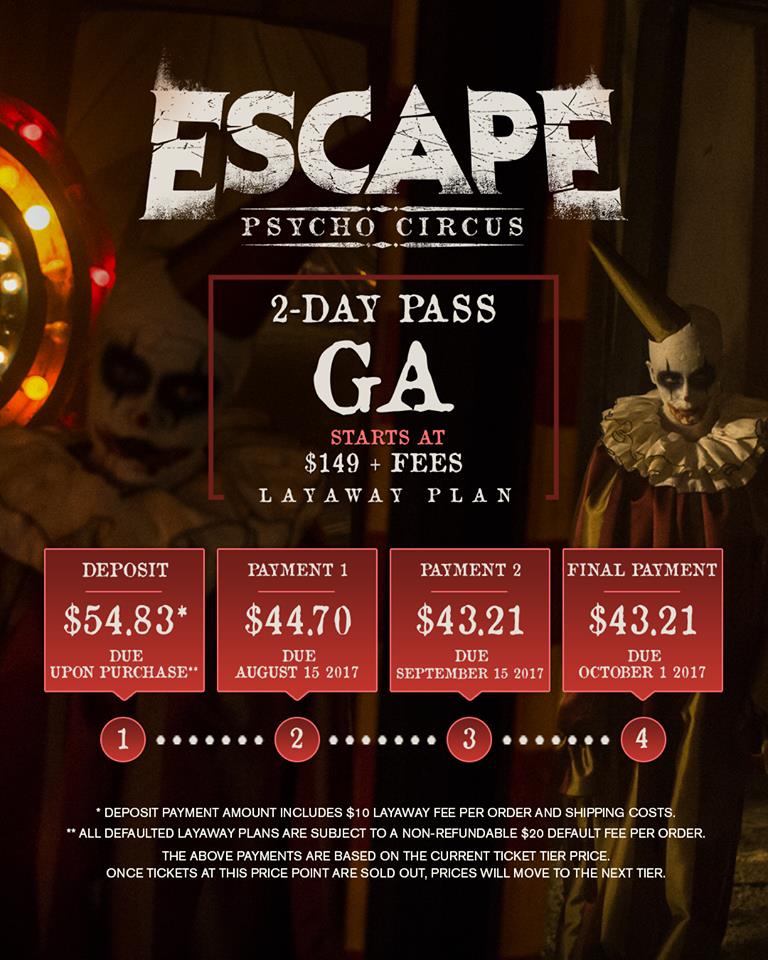