You’re in for a HUGE treat, Los Angeles! Factory 93 just announced Maceo Plex at El Pueblo this March 2020 for a special world debut of his new live visual experience.

Eric Estornel, under the names MAETRIK, MARIEL ITO, MACEO PLEX, and simply ESTORNEL – has been contributing to his musical world around him since 1993. Always searching for the future of electronic dance, Eric has never let himself be confined by what’s currently popular within dance music.

Originally from the USA and now relocated to Valencia Spain, Eric Estornel is making incredible leaps and strides releasing some of the most devastating yet unique music in the industry. His sudonyms Maetrik, Mariel Ito, Plaex, and now Maceo Plex are under great demand for the rich dynamic production and unique blend of techno, house, funk, and electro that only Eric can devise. This is your chance to see Mr. Estornel under both his monikers on Saturday, March 14th as Factory 93 presents Maceo Plex at El Pueblo. 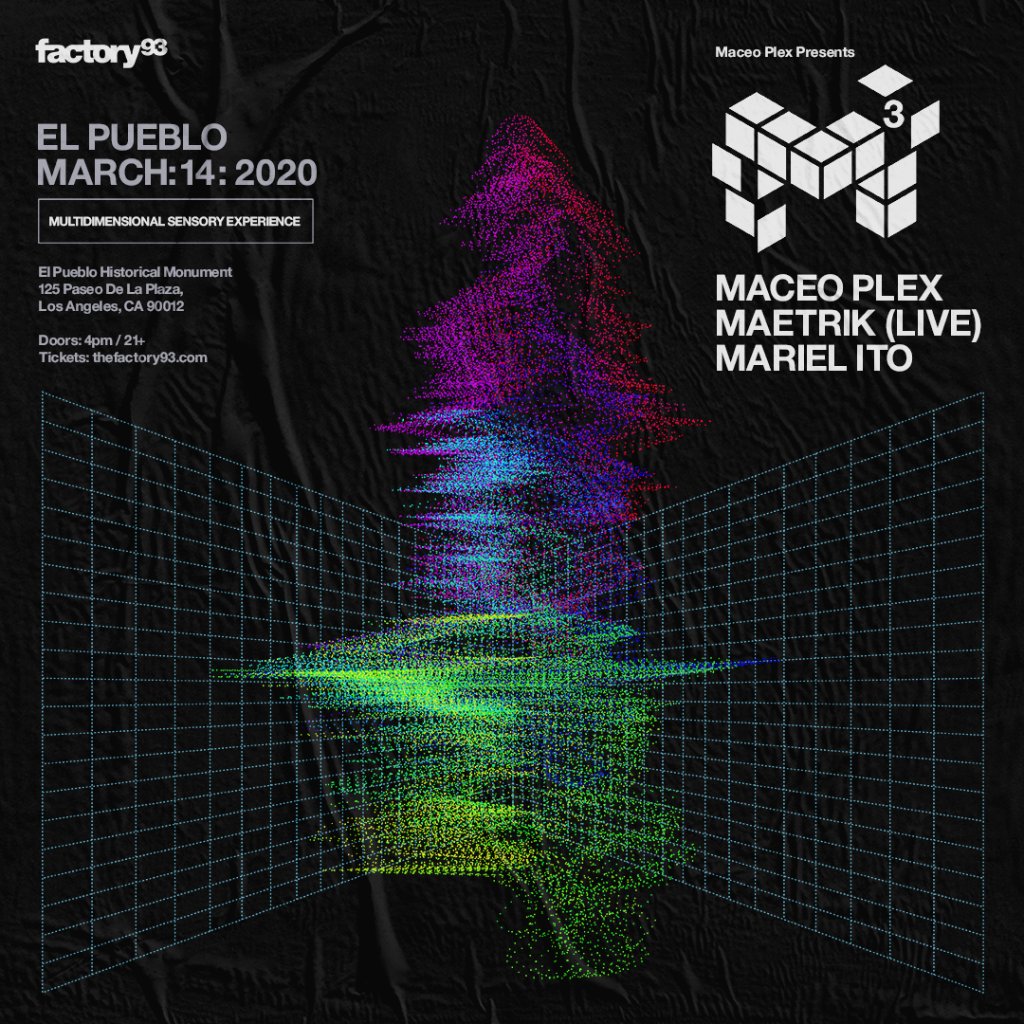