Movement Detroit has announced the lineup for the first day of the festival, which takes place from May 25th to 27th this year at Hart Plaza.

As always the bill is heavy on Detroit house and techno heroes, including Kenny Larkin and Octave One (who will both play live) as well as Carl Craig, Stacey Pullen and Seth Troxler. Amelie Lens is booked too, as are Disclosure, Loco Dice, LSD (the trio of Luke Slater, Steve Bicknell and Function), Maya Jane Coles, Neil Landstrumm, Sterac and Umfang, among others. There are plenty of live acts too, including Marie Davidson, Orbital, Tin Man and the Detroit debut of Wajatta, the duo of John Tejada with singer and comedian Reggie Watts. The festival will reveal Sunday’s lineup tomorrow and Monday’s lineup the day after that.

Which DJs are YOU excited to see at Movement Detroit Saturday? Comment below to win TWO tickets 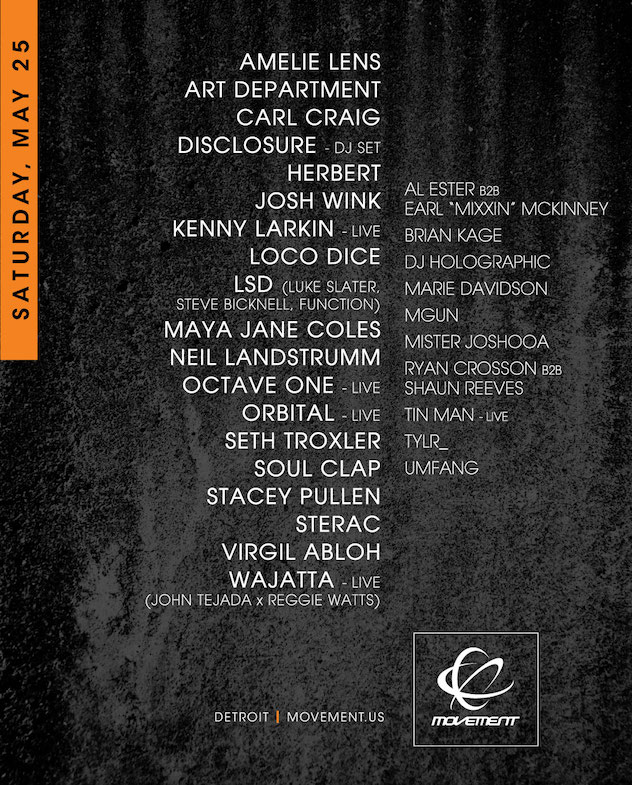