Today RÜFÜS DU SOL, one of the world’s preeminent live electronic acts, have announced their first performance in Los Angeles since 2016, bringing the three-piece band to Shrine Expo Hall on November 2nd 2018.

Since their last live triumph in the LA market, RÜFÜS DU SOL have made the city their new home and muse alike as they work on a new body of music inspired by the barren abyss of the Mojave and their experiences on the road. The result is aimed to give fans what they crave the most – a new musical chapter through which to explore the RÜFÜS DU SOL saga paired with the wide-reaching vessel of a World Tour.

In a Facebook post revealed alongside these details, the band expresses “this is just one show from a world tour we’re working on. Our new music is on the way. Thanks for waiting.”

It is at the foot of this next ascent that the band turns towards the iconic haunts of Shrine Expo Hall for an evening of reveling in their most ambitious journey yet. 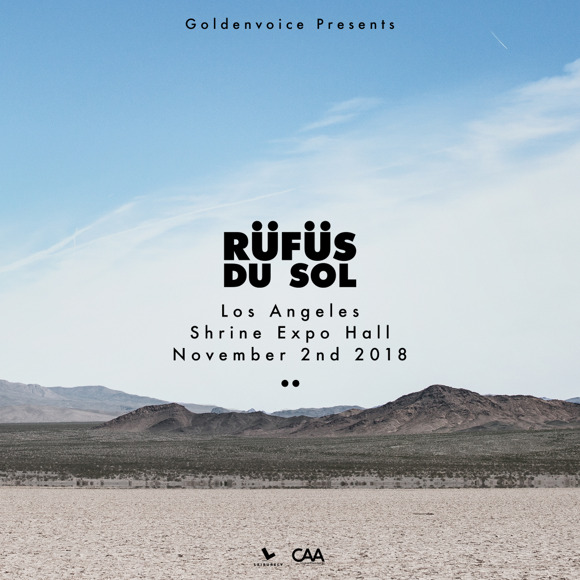