Travis Scott has announced a tour behind his new album Astroworld called “Astroworld: Wish You Were Here.” Pre-sale ticket access is available now with a purchase on Scott’s webstore. With a “season pass,” fans get “priority venue entry,” though purchase does not include a ticket. General ticket sales start “next week,” Scott wrote on Twitter. Travis Scott’s ‘Astroworld’ tour will make a stop in Los Angeles, New York, DC, Chicago, Sacramento, Miami, Denver, Toronto, Detroit, Atlanta, and a lot more cities. Even though the official dates nor venues have been revealed at least we know where Travis is making a stop at this Fall and Winter. 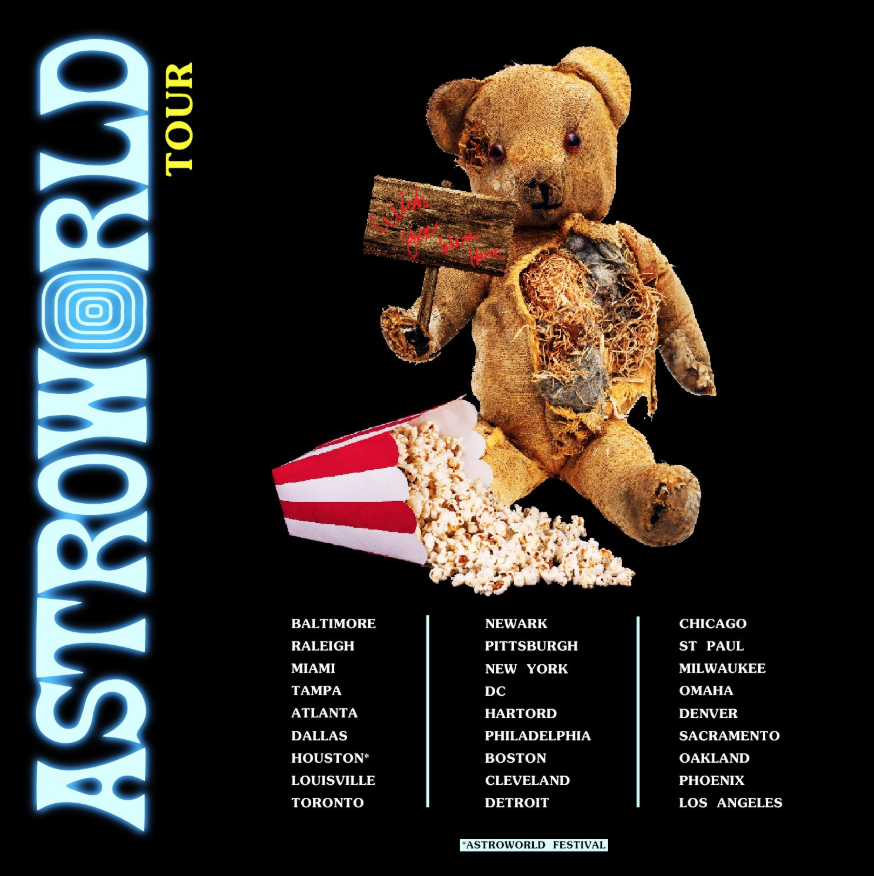 Watch a trailer for the Astroworld tour below.