A glance at the artwork of his new Creation EP confirms that Seven Lions, known by friends and family as Jeff Montalvo, is doing what he loves doing: adding a new flavor to his powerful artistic direction. With warm colors on its cover and the vast, melodic contents below it, this latest release stands out as another thrilling episode in his body of work. We had a chance to talk to him about his journey, which continues further from here into several bookings around the world. The title track of the EP has seen many sets in the last few months, blaring out of club and festival soundsystems as one of the proudest works he’s done do date. The California grown artist has made moves since his remix of Above & Beyond’s “You Got to Go” started the initial buzz. 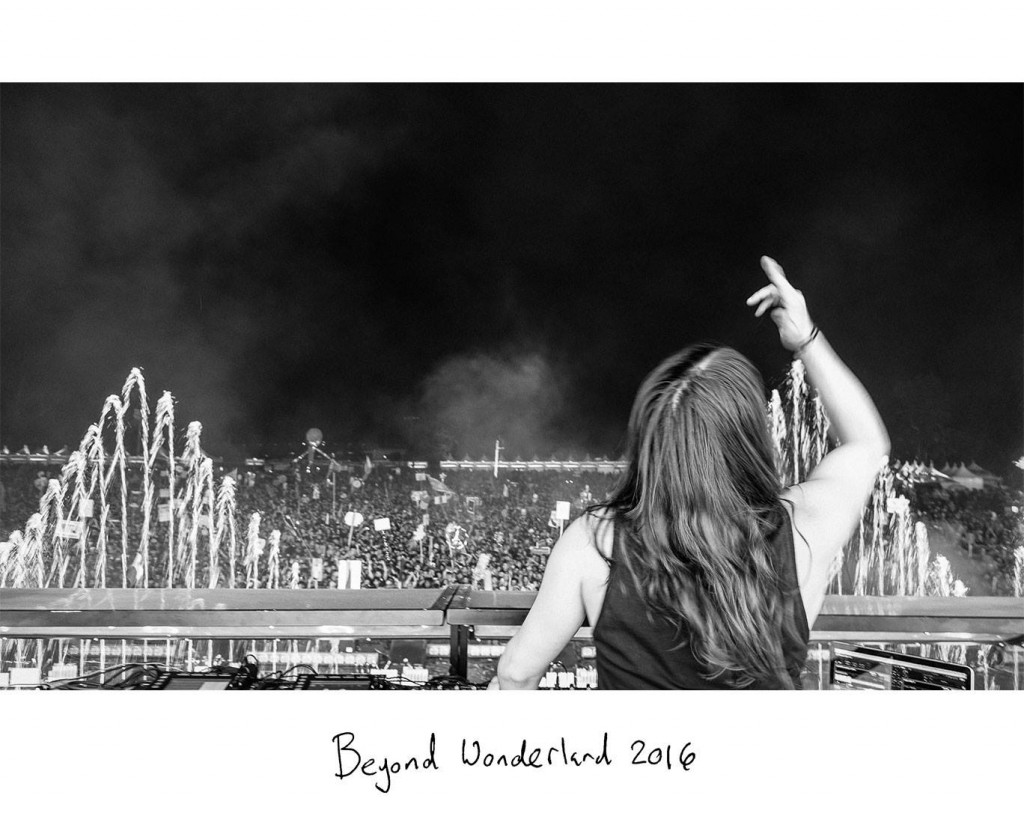 ​The first thing on our minds when reviewing Montalvo’s history was the challenge that comes from keeping the momentum of a remix contest win going. The answer he provided is easier said than done: “I’d say work your ass off and be persistent. Don’t get too caught up in…I don’t know, there’s a lot of shit that happens very quickly in the scene and I’d say if your main goal is to put out high quality music then you’ll be fine.” Sandwiching Metal, Electronic, and several other musical influences out of curiosity and extreme interest in creating a new universe, it’s clear that Montalvo is more interested in working diligently than indulging in the glitz and glamour of being a superstar DJ. 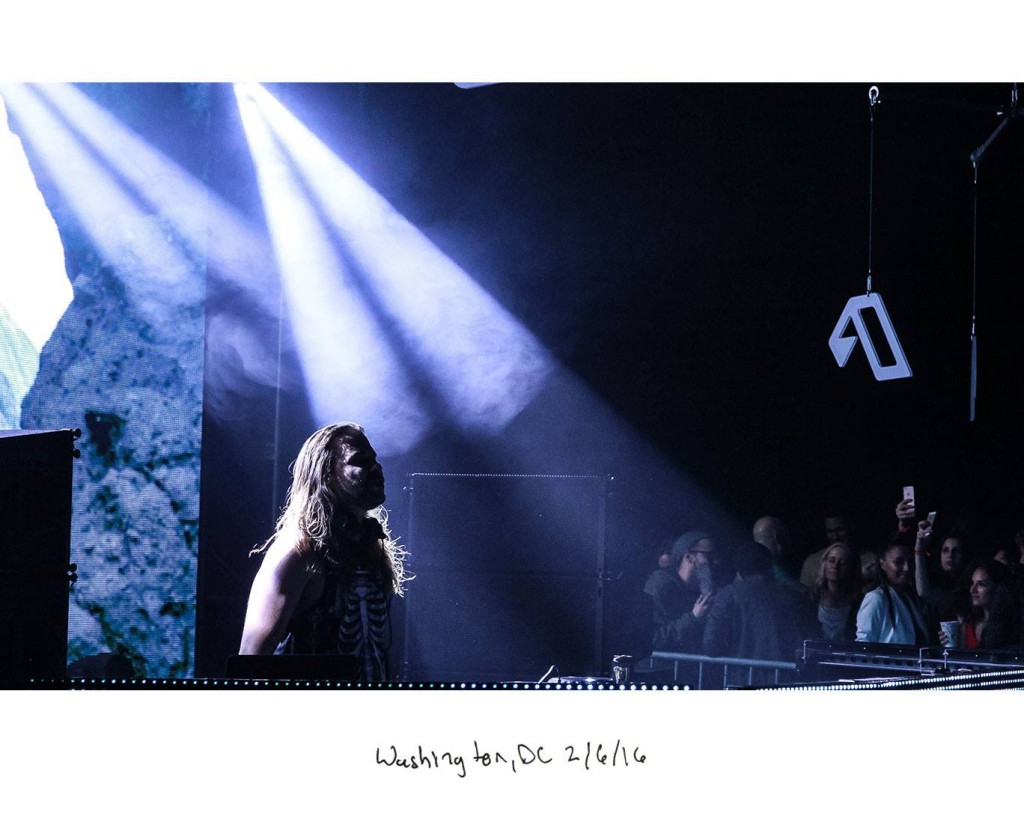 ​We’ve never quite run into a producer who is so enthusiastic about being controversial, and listening to Jeff talk about his upcoming music supported the idea that you really shouldn’t try to fit in when you were born to stand out. “Anybody who’s a stickler for genres is not going to like this EP. Which is okay, those people are going to go their own way. I am trying to cultivate a audience who likes all kinds of music, and actually likes music, you know…not just ‘I identify with this one thing because all my friends like it and that’s the cool thing.’ that’s what happens in scenes,” he remarks. The dance music scene in particular is seeing more and more style hybrids and unconventional influences than ever, but the climate does not seem to have become more overall inviting or open to it all quite yet:

Exactly! People just get so specific with it: “I only like Minimal Techno.”

Where do you think that even comes from? This specific taste for one kind of sound and nothing else?

​Montalvo was quick to point out his thoughts that this close minded genre mentality seems to come from social stigma: the bare bones fact that some people cling to a style of music because they feel the need to fit in with people or stay true to a thought pattern that they reluctantly stick to. He points out how this does more damage to the person making these base judgements then the person they’re condemning: “The analogy I like to use is food, like ‘the only thing I eat is Green Beans, and everything else sucks…’ You miss out on so much with that kind of thinking.” As frustrating as that narrow mindedness is, it doesn’t seem to sway him from the path that he’s on.

Imagining the difficulty of keeping one’s self going amidst the more unintelligent negativity they receive throughout their career is daunting, but Montalvo is not phased. “I think it’s been that way from the very beginning, so I’m used to it now. Like when you think of when I first got on to the scene, it was with a Dubstep remix of Above & Beyond…which pissed off all of the Trance community,” he says with a calm tone of voice, “and it was my first kind of thing that was out there so it’s been like that. Now I’ve managed to piss off all the people who just want to hear Dubstep…so it’s just kind of what I do and I’m totally okay with that. I’m a married dude who’s most important thing is my wife and my dog.” All it takes is one listen to the stylings of “Coming Home” and “The Journey” on his recent EP to validate the idea that this is an artist who pursues ideas in his head that he believes in, with no brainpower wasted on fear of judgement. 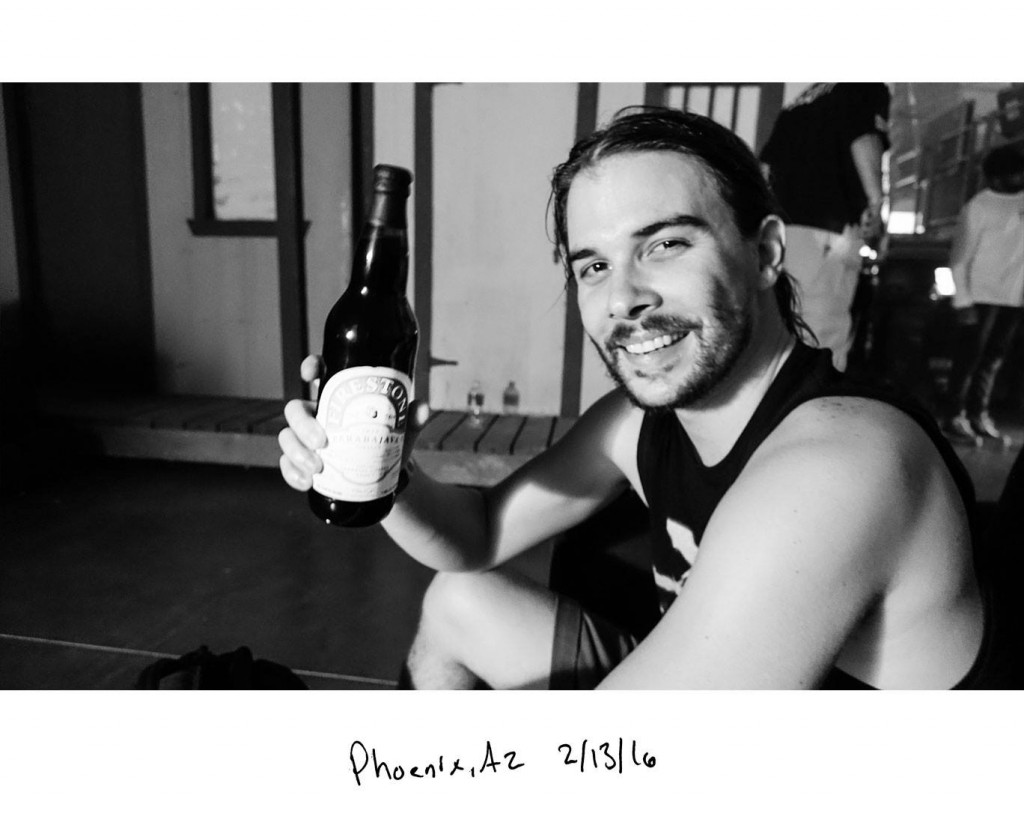 A confidence this resilient exists for good reason: people find a connection to Seven Lions in a scope beyond even Jeff’s expectations. He’s seen multiple individuals make the decision to tattoo themselves with his symbol, which hits home with his own life. “I have my favorite band Opeth tattooed on my back actually, and that was my first tattoo; I got that when I turned 18…I was just honored that someone felt that way about my music.” Montalvo recognizes that it takes a lot of motivation to brand yourself with the symbol or words of a musician you admire. “…people say its only a time in your life and you move on from that- you do move on from that, but it’s still a part of you.” It’s that understanding of his music’s place in the lives of his fanbase that makes him want to create as much of a sense of community as possible:

You drink with strangers often, yeah?
Yes. All the time.

​Planning something in the spirit of but far less awkward than a meet & greet was the vision of Drinking with Stangers, which is done at as many shows as possible. A handful of dedicated fans are given the opportunity to speak with Jeff in a comfortable environment away from the craziness inside of the venue. “having people walk into the green room and shake your hand and say ‘Bye!’ Is really not…meeting people. But when you get a beer with someone you get a chance to loosen up boundaries.” The awkward walk down a long backstage hall full of possibly stressed out and jaded souls just to stand in a room, take a picture, and traverse said hall again isn’t the most desirable thing. 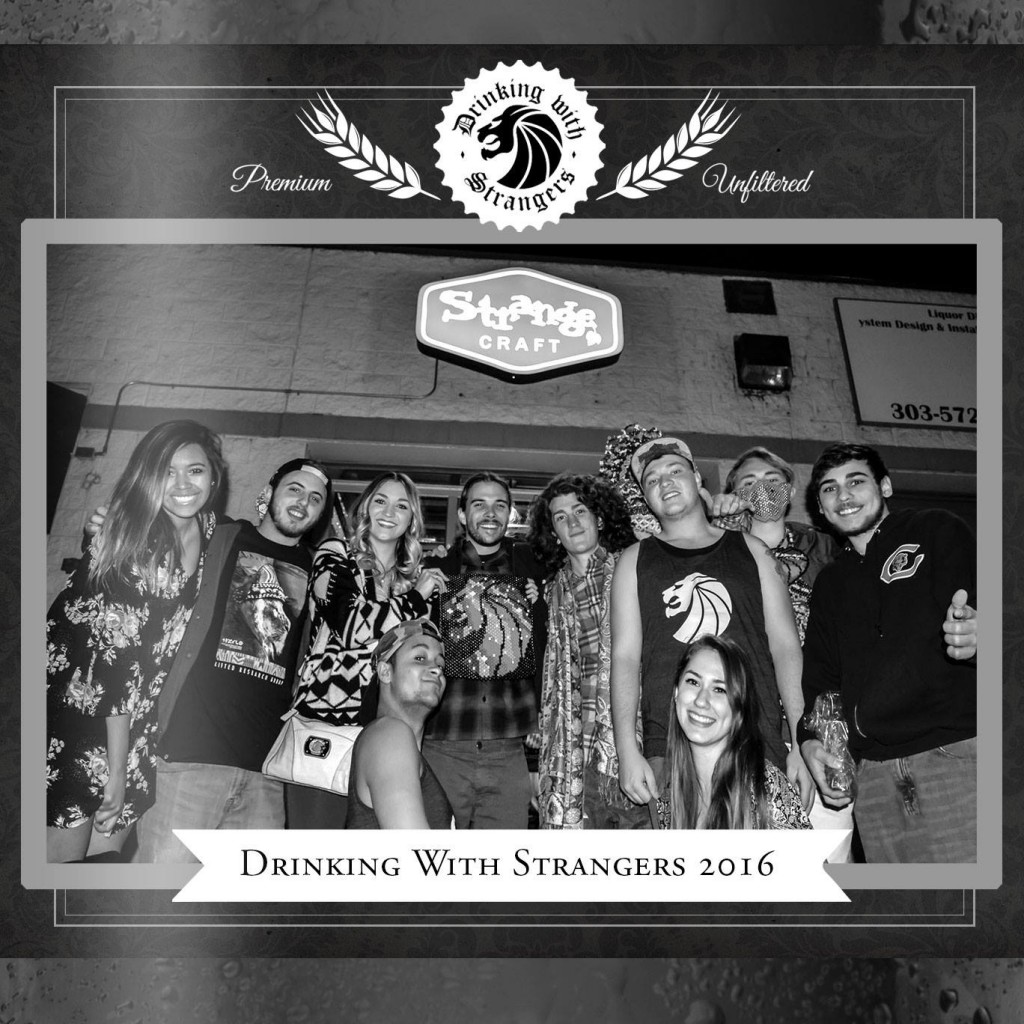 ​A quick pass through the door of a bar is a lot nicer, especially to meet people who all share a common interest- people who may become a part of your life subsequent to that meetup. “half the time, we’ll talk a little bit and then everybody else who comes will start talking and then they make friends and hang out…it’s a cool thing.” It only makes sense to gravitate towards someone who listens to what you do, especially if you’ve been inspired by the same feeling and imagery that Montalvo’s catalog represents. 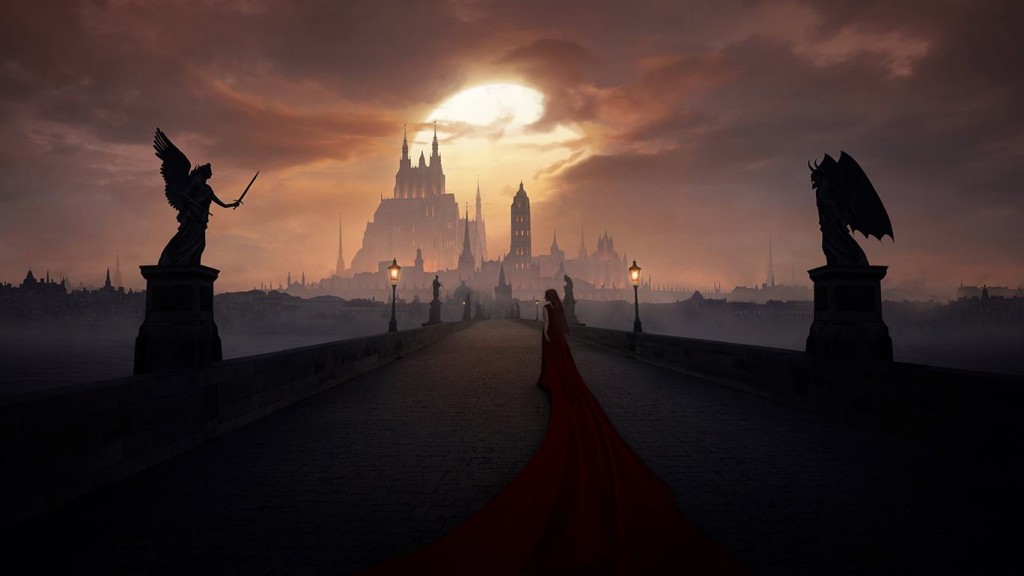 Taking a closer look at the bigger picture of Seven Lions’ career, one can see the manifestation of a full fledged fantasy world. Everything in relation to his music is created in the spirit of stories that Montalvo puts time into following like Game of Thrones and, unbeknownst to us, works from Jhonen Vasquez like Invader Zim and Johnny the Homicidal Maniac. “I just remember seeing [Invader Zim] and it had a very dark edge to it. It’s just a disgusting look at the human characters; they’re all slobs basically. It’s so depressing but so funny.” There are a lot of things that occupy Montalvo’s personal life in addition to TV shows he loves including his wife and dog, but none of these are things he’d put out on his social media. The reason why resonated with us:

​I personally don’t want to be connected to my music. As a person, my politics and my beliefs and what I like has nothing to do with the world I’m trying to create. My music and what I do is all about escapism, listening to music and being somewhere else that’s not connected with the real world, and the less that I’m a part of that, the better. To be honest, I didn’t want my face involved in it at all.

​Placing the work beyond themselves is an essential trait of an artist who’s head is in a good place and who’s music will remain genuine. It is a practice we’d love to see more of as Electronic Music continues forward with new producer/DJs and new fans looking for the right ideas to follow.