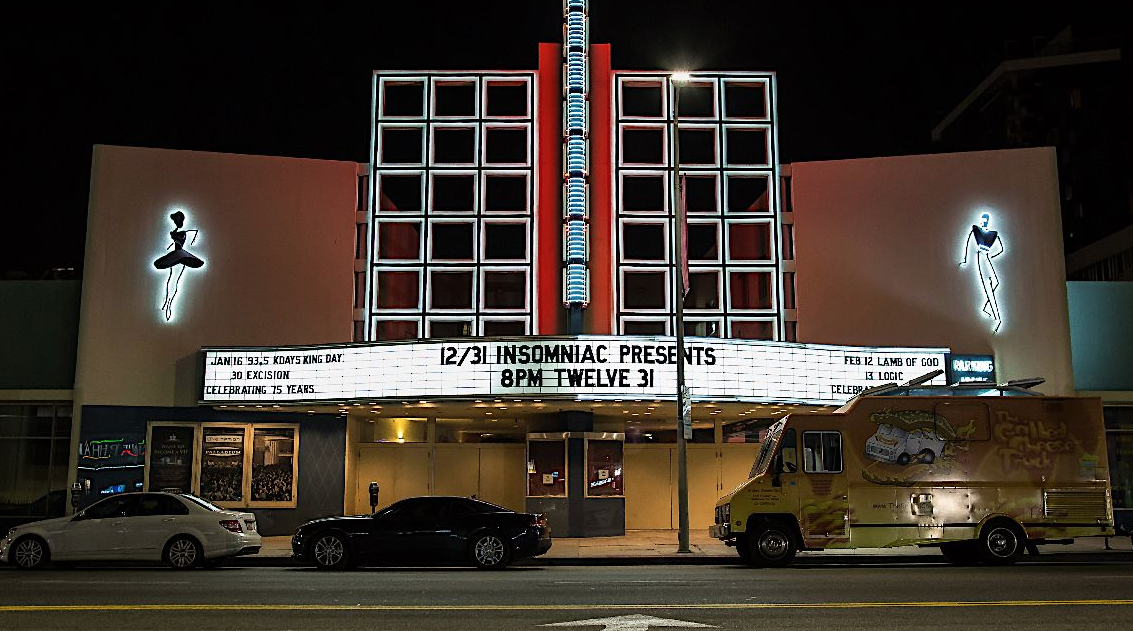 Insomniac Events has and will always remain a household name for EDM, dance music, rave, whatever tickles your fancy footwork. Today, it has grown into a music industry mecca that sets standards for the ultimate experiences one can ever imagine. A look back just a few days ago exemplifies this instance when Insomniac Events’ hosted not one, two, but three NYE experiences in Southern California, playing homage to Pasquale Rotella’s humble beginnings in the area that gave his dreams’ life. Twelve31 was one of these events, a brand new NYE experience of the deeper and darker sounds of techno, house, and club music at the infamous concert hall, the Hollywood Palladium.

From 8Pm to 4AM, six acts were invited to play an hour and a half sets each to celebrate the old year and welcome the new. Divine Minds in Time and Jon Charnis opened the floor of Palladium, welcoming early arrivals with groovy, deep rhythms. With just an hour and half before we entered 2016, the Paris’ ghetto-house connoisseur Shiba San took over the nights energy with dark, sultry basslines and booty-shaking beats that rumbled the night’s festivities into a frenzy. The dance floor was packed by the stroke of midnight and Dusky rang in the New Year with uplifting piano riffs and a few moments of disco-inspired house music before also taking a turn for the darker side of house and techno. The much anticipated back-to-back set with Turbo Records label frontman, Tiga, and former Art Department, Kenny Glasgow, followed half past one with both highly experienced individuals feeding off each other’s talent and energy that showcased what great disc-jockeys can achieve together. As the last hour of Twelve31 came to a close, Kidnap Kid brought the house through an audio-sonic orchestra of anthemic house music.

The inaugural night of Twelve31 definitely proved to be a great one. A true sense of togetherness for the new year paired very well with the sounds of house and techno bumping for 8 straight hours.