Tickets On Sale THIS Friday, March 1st at 12PM PST! 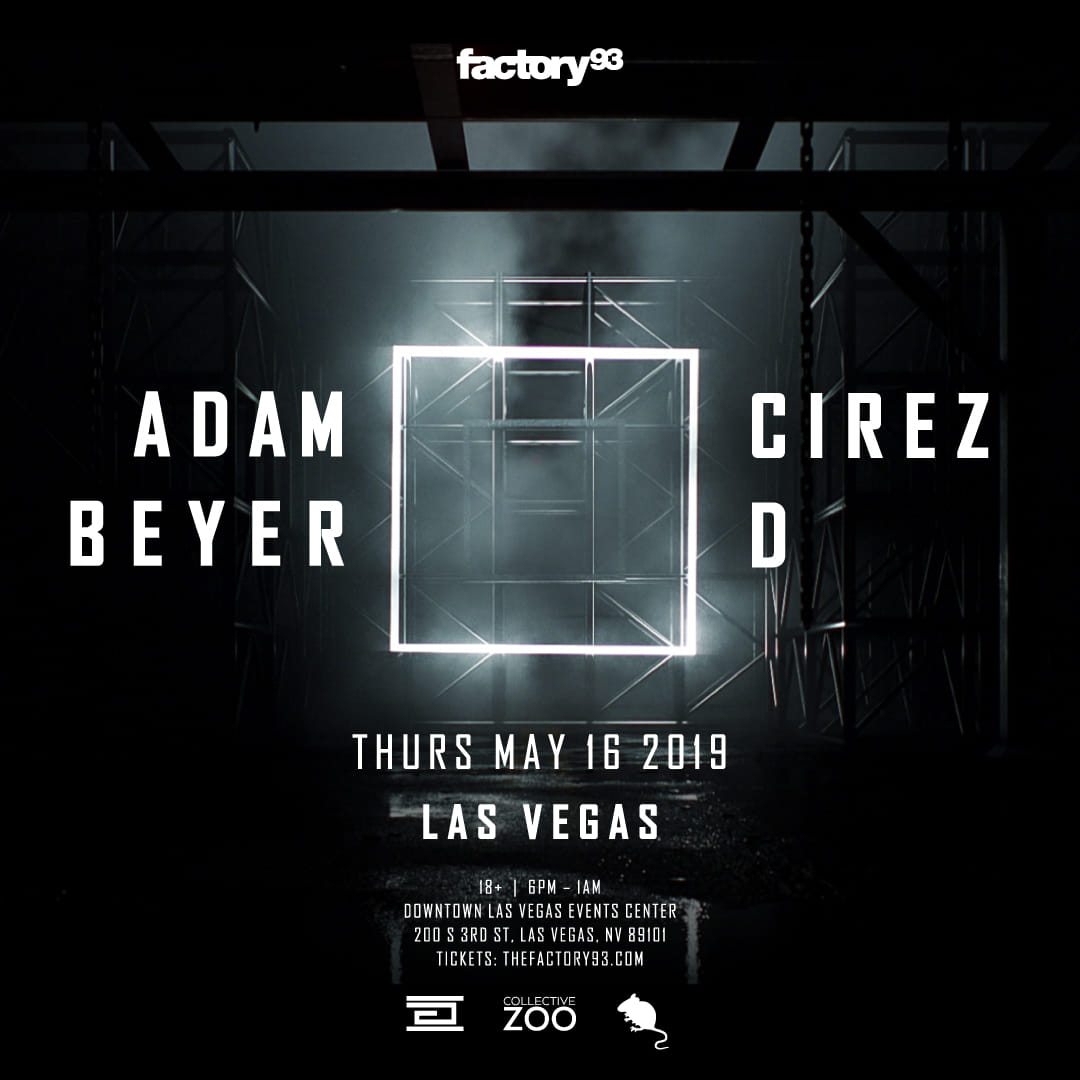 Eric Prydz is known to bring EDC to a climax as very few do. In fact, the three day dusk till dawn festival is where his latest single ‘Opus’ first saw the light of day. Last week, fans went into a frenzy because of a fact he may have let one slip on Twitter before the release of the official EDC Vegas 2019 lineup. The globetrotting producer and Las Vegas veteran posted a humorous meme last week, to which a fan replied wanting to hear info of his west coast tour dates. Prydz told the fan that he couldn’t for an interesting reason:

Can’t due to territory restrictions from festivals like EDC and Coachella I’m afraid.

These words caused a lot of suspicions, which was just confirmed in a very artistic way via Pasquale Rotella’s Instagram but Prydz won’t be alone as the video posted by Rotella teases something else. This means we get a double treat: Adam Beyer & Cirez D both look to be going Back to Back at the Las Vegas Motor Speedway this May.

Last November, we saw Adam Beyer and Eric Prydz (Cirez D) go back to back in Los Angeles for two massive nights that sold out just under an hour. It was the most talked about event to end an amazing 2018. For those who didn’t get the chance to experience this event well here’s your second chance to do so.

The tweet from earlier also confirms that west coast tour dates are on Prydz’s mind…and possibly already in the books. Look out for official tour news via his socials.