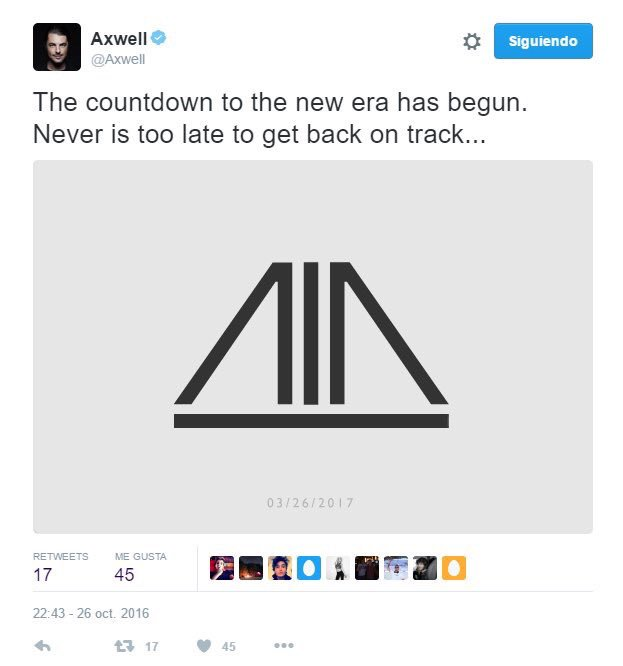 The internet never forgets, and a slip up by Axwell may have revealed the biggest news of the year. In a tweet earlier today, Axwell tweeted an image saying that “The countdown to the new era has begun. Never is too late to get back on track.” As if the image didn’t get anymore cryptic, the date is also set for March 26th, 2017, which happens to fall during Ultra Music Festival.

Speculation across the internet and blogsphere suggest that this is signaling the return of Swedish House Mafia. We’ve seen rumors ranging from Proximity’s post to Axwell’s interview in November of last year, but it seems like rumors have come full circle.

The logo suggests that the SHM will see a new member, most likely to be Alesso. There could be some truth to the rumor: Alesso has been seen working together with Axwell and Ingrosso’s manager, Amy Thompson, and Alesso himself has seen poor sales on his debut album. This move could recoup that loss and hype up his career tenfold if he became the new third member of SHM.

But everything remains to seen, so you’re best bet is to mark March 26th as a date to watch.