The forces of Hip-Hop and Bass music have proven to be effective for years now thanks to the pioneering of Baauer and What So Not. While the two have blown up clubs and festivals on their own, they’ve never collaborated for a tour with just the two of them. All that’s about to change with what we hope is just a first leg of dates: at the end of October, these two will be hitting seven east coast venues in seven days. This is hopefully the start of something much bigger; considering What So Not is due to release new material soon, not only do we predict new content on the tour, but we may even be treated to some collars between the two…it’s only natural for artists like these with similar tastes to collaborate, or at least remix each other.

Check out the dates below and get tickets if you’re in the area. 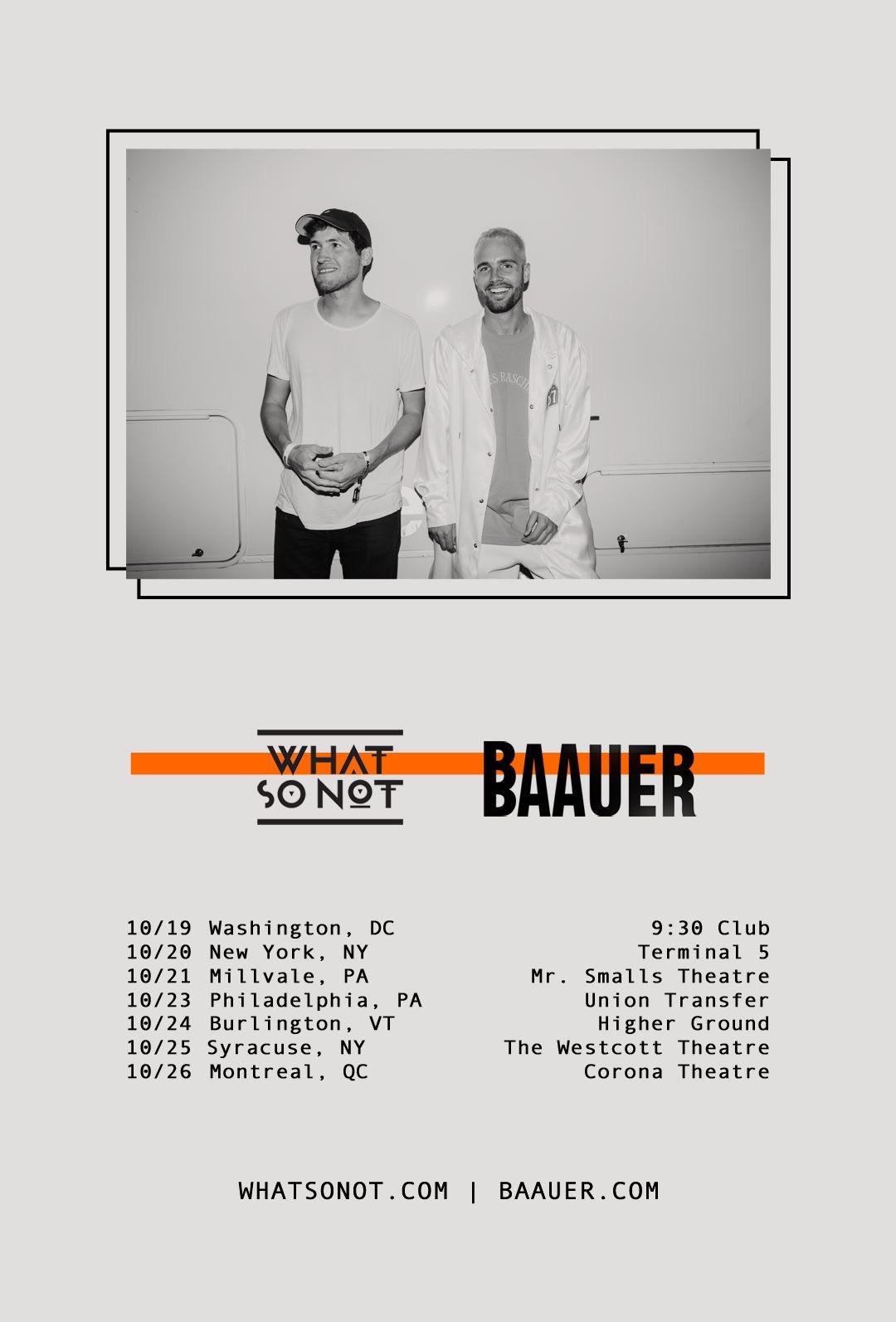