Proclaimed the most listened-to artist in the world for a second consecutive year by Spotify, Bad Bunny has distinguished himself for his revolutionary moves that constantly impact the music industry. Today, the multi-award-winning artist adds a new milestone to his career, announcing his first stadium tour “Bad Bunny: World’s Hottest Tour” across the United States and Latin America. Promoted by Live Nation and CMN in the U.S., the tour kicks off on August 5th at Camping World Stadium in Orlando, FL, making stops in Miami, Chicago, New York and many more before wrapping at SoFi Stadium in Los Angeles on September 30th, then heading out to Latin America in October. Tickets for this stadium tour will go on pre-sale beginning Wednesday, January 26 at 12pm local time. Subsequently, they will go on sale to the general public beginning Friday, January 28 at 12pm local time on worldshottesttour.com.

Joining Bad Bunny as special guests on select dates in the U.S. will be GRAMMY® nominated DJ and Record Producer, Alesso and ten-time GRAMMY® nominated artist, Diplo. With his music and visuals, Alesso creates experiences that have made him one of the most celebrated live performers. Diplo is one of the most dynamic forces in music today with billions of streams on some of the world’s best dance recordings. 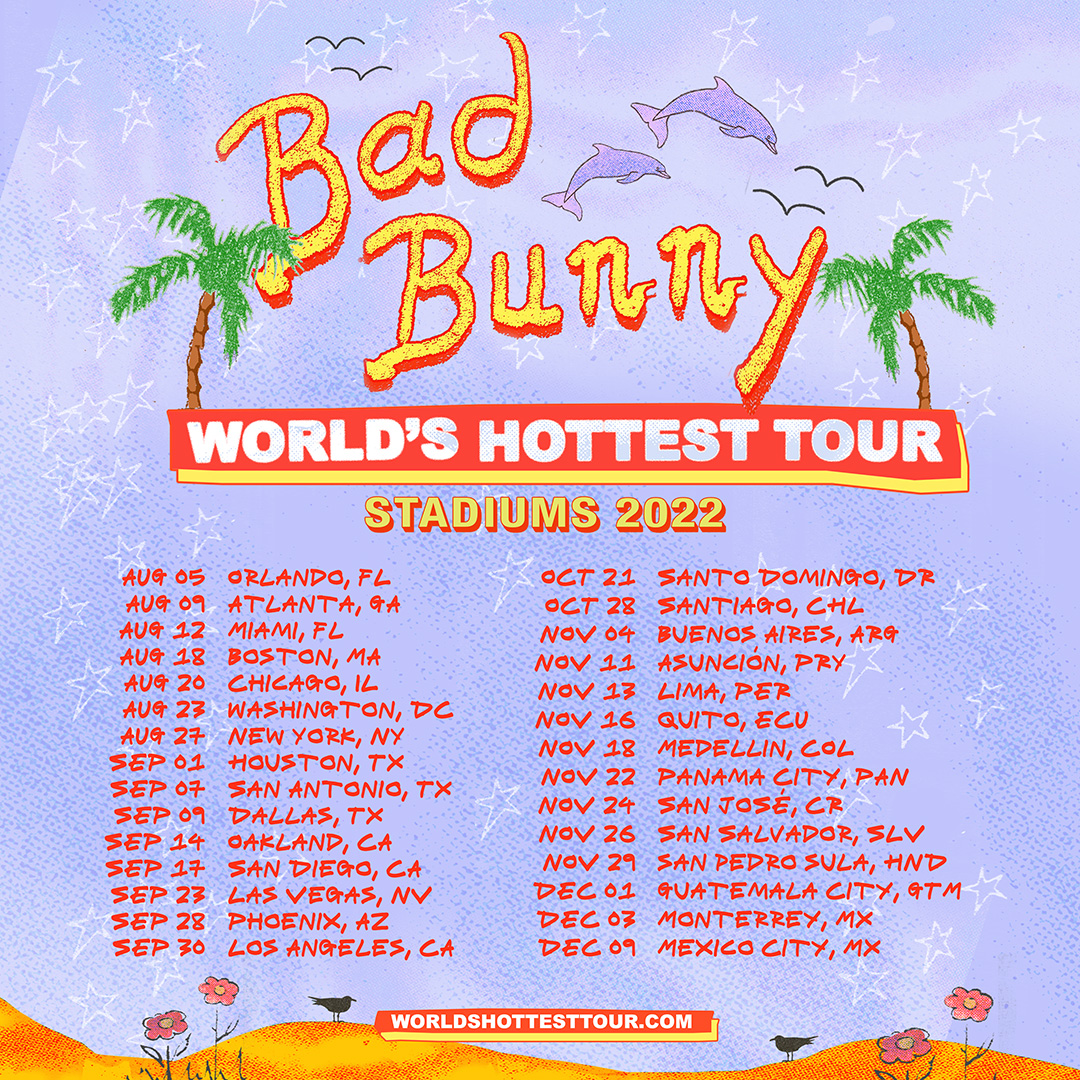