It’s been a big announcement day for Insomniac Events. First, they announced an update for Nocturnal Wonderland 2020 – posing the question to all festival-goers about possibly going back to Glen Helen for their 25th year because the new venue was not working out the way they wanted. Pasquale also went on to give two smaller updates about EDC Orlando and Beyond Wonderland in the Pacific Northwest.

EDC Orlando, which takes place in November in Orlando every year, was just expanded from two to three days without the ticket price changing. People were excited about the extra day for that ticket price, and Pasquale promised to stay as true to that as possible for 2020.

He also surprised us with an announcement about Beyond Wonderland. The festival usually takes place in March in Southern California. However, it used to have a Seattle location as well. Beyond Wonderland has not seen the Pacific Northwest in almost a decade, but Pasquale promised a return this year. He did not give any more clues than that, other than promising details would be coming shortly. Will we get to go down the rabbit hole at The Gorge?! One can only hope.

See the announcement below. 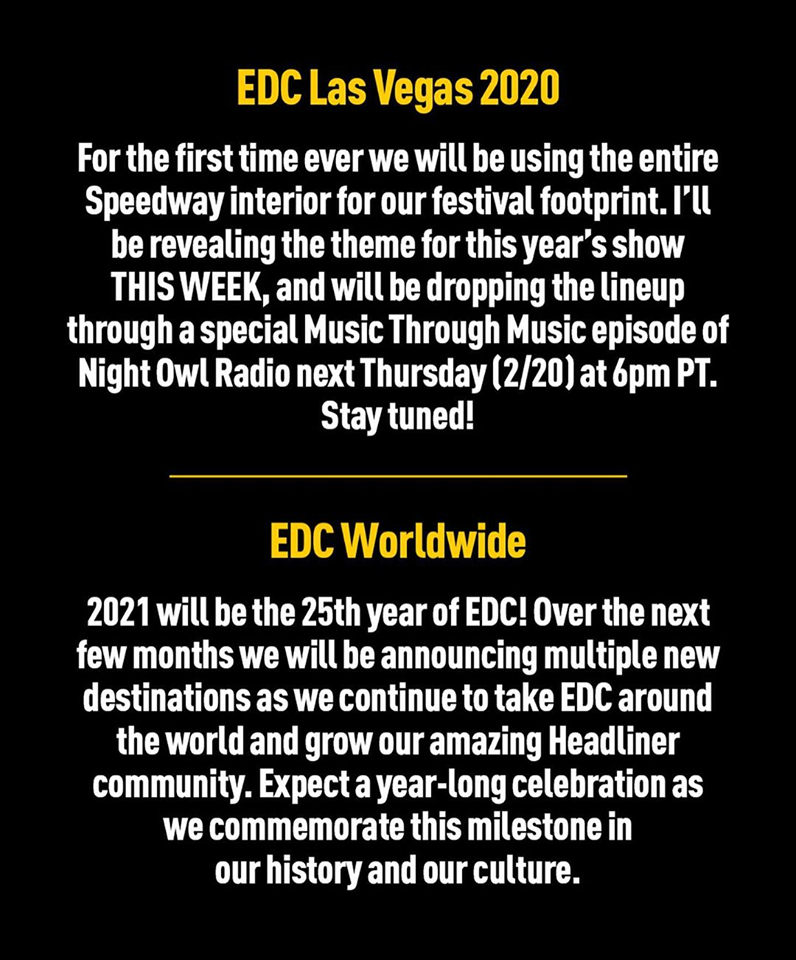