Queen Bey made the announcement that the two-night event would be taking place on December 17th and 18th. The exciting bit is that the location is unknown — even to those lucky enough to grab tickets.

Renaissance is the seventh studio album by the icon, released on July 29, 2022, by Parkwood Entertainment and Columbia Records. It was named the best album of the year by Pitchfork, Rolling Stone, The New York Times, The Los Angeles Times, and NPR. There are talks of a 2023 tour, but no official announcement has been made or dates revealed.

Amazon Music and Parkwood are the presenters of Club Renaissance. The event is shrouded in mystery. In addition to not knowing the location, no one knows what the event will entail. A safe assumption is that the album, which blends post-1970s Black dance music styles such as disco and house, will be played throughout the night. Will there be performers? Any other kinds of surprises? That is yet to be seen.

New York City saw a private Renaissance event after the album’s release, but this was a VIP evening. Guests such as Kendrick Lamar were in attendance. Club Renaissance tickets were free for fans and sold out quickly. The only requirement was you had to be 21+ to enter. The event’s location will be revealed to guests before the event.

We’re sure it’ll be a night to remember. 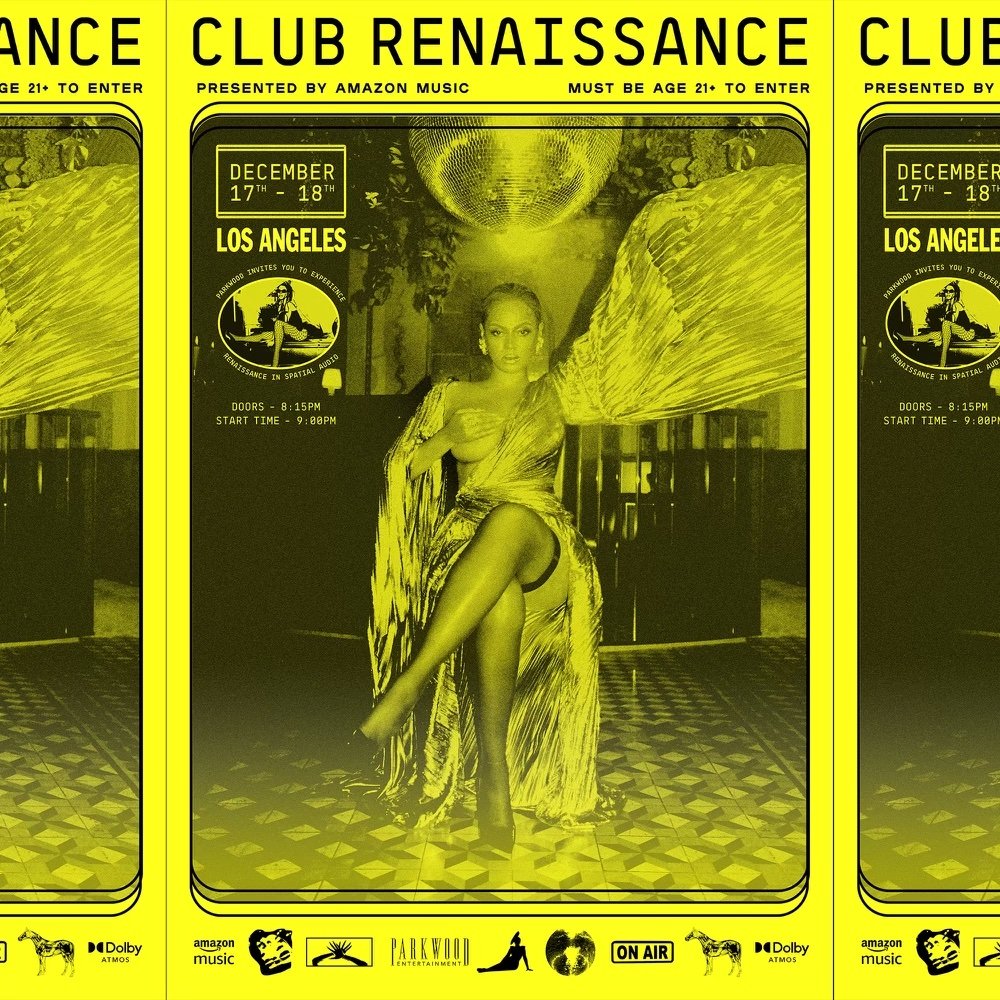