As January gets closer, the reveal for one of the biggest festivals in the country is coming upon us.

Coachella Music and Arts Festival, returning for two weekends on April 2019, has had rumors flying around for weeks on who might headline. Speculations of Kanye West, Justin Timberlake, and Childish Gambino are coming up on the heels of a festival which headlined Beyonce, Eminem, and The Weeknd in 2018.

Coachella has been around since 1999, but since it skipped a year in 2000, this is going to be the 20th anniversary of the legendary Palm Springs festival. While pre-sale occurred in the spring and sold out as usual, the lineup itself drops in January and another round of sales occurs right after.

Well, the app for 2019 is here, and it seems that Goldenvoice is out to tease us. Upon opening the app, a few blurred pixelated pictures welcome you, with the caption “Coachella 2019” under it. It leaves us guessing and trying to match artist shapes until we get what we are all waiting for in a few weeks.

Does that look like Gambino? Who is the woman on the bottom right corner? What is your best guess? Check it out below: 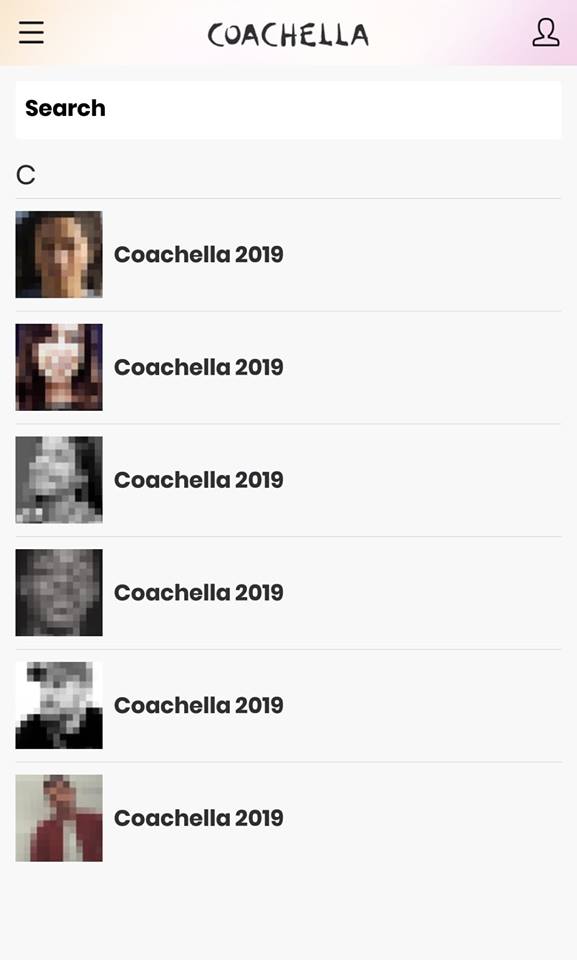