CRSSD Festival today released the lineup for its Spring 2018 event, March 3 and 4th, and its seventh edition to date. Located in the heart of Downtown San Diego, smack dab on the Pacific shoreline in Waterfront Park, CRSSD has established itself as a singular beacon for boundary-pushing live and electronic music acts.

Over its six previous editions, CRSSD has shined a light on some of the world’s most exciting artists. Each line-up has sought to explore the intersections of live and electronic music, with world-class headlining acts being paired with the emerging talent of tomorrow.

The March 2018 edition will be no different, with edgy mainstage performances on the Ocean View stage from Empire Of The Sun, the soulful chart-topping full live house sounds of Gorgon City, Ninja Tune and indie darling Bonobo, rhythmical dreaminess from Sweden’s Little Dragon, in your face swagger from The Presets, the danceable composer Henry Saiz and a special guest performance from Tchami.

CRSSD’s Palms stage will continue to support the very best in house as well as the ever-evolving future sounds of electronic music, including Jai Wolf’s inimitable chart-topping global blends. All Day I Dream frontman Lee Burridge will spin his bewitching take on house music alongside Aussie icon and Beats1 broadcaster Anna Lunoe and the always groovy MK. SoCal’s bass-driven house music will be repped by some of the DIRTYBIRD collectives finest including Walker & Royce, Shiba San, Sebastian V, and Kyle Watson. 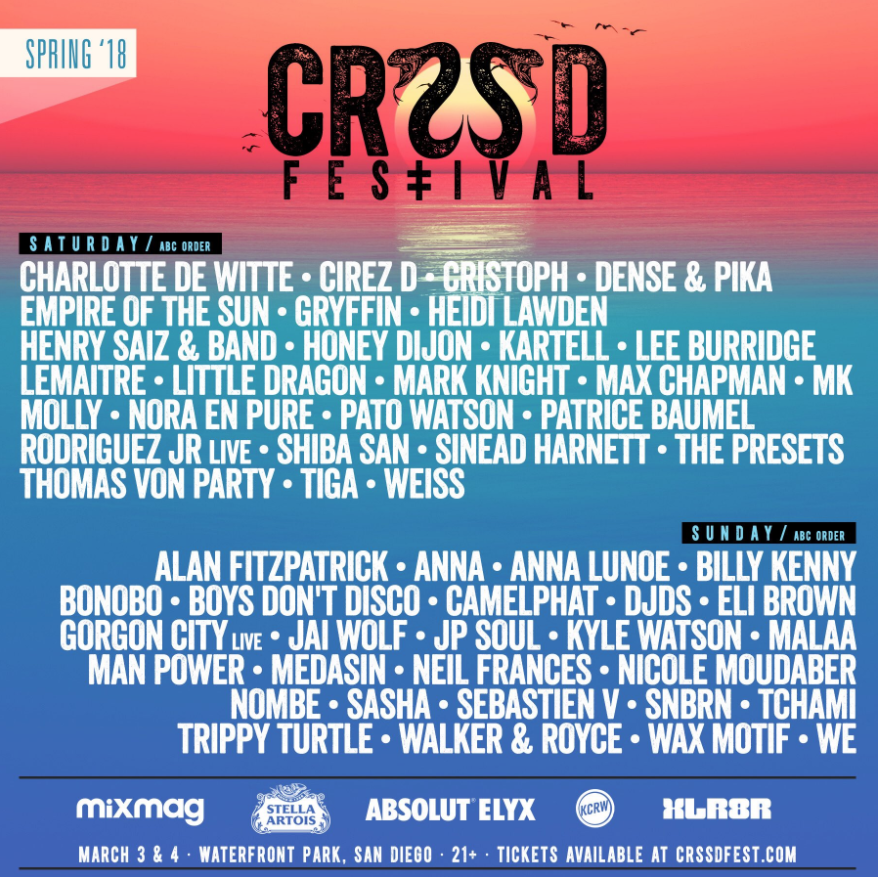