CRSSD Festival today has announced a round of phase two additions to its Spring 2017 lineup, rounding out the bill of one of their already most impressive showings to do date. CRSSD returns to Downtown San Diego once again with a firm reputation as a reigning leader in Southern California burgeoning electronic music scene and its eyes set on the international spotlight.

Continuing its goal of bringing the more avant-garde shades of electronic to its avid fan base, CRSSD has compiled a who’s who collection of greats and rising stars alike from across the global scene. Phase two sees the addition of Dirtybird kingpin Claude VonStroke, globetrotting multi-genre superstar Mija, complex bass music stalwart Point Point, one of underground house’s most prolific new acts and champion of the new party-tech sound Latmun, French London’s club titan Heidi, and diverse techno legend Cassy. 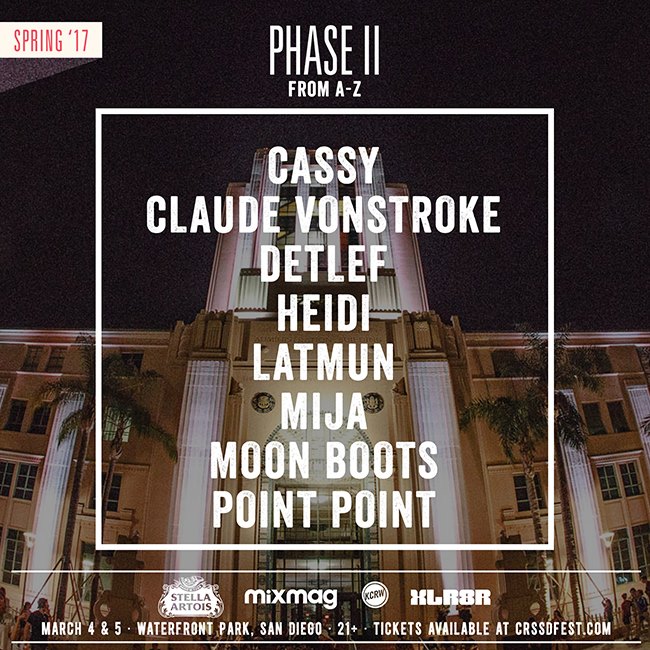 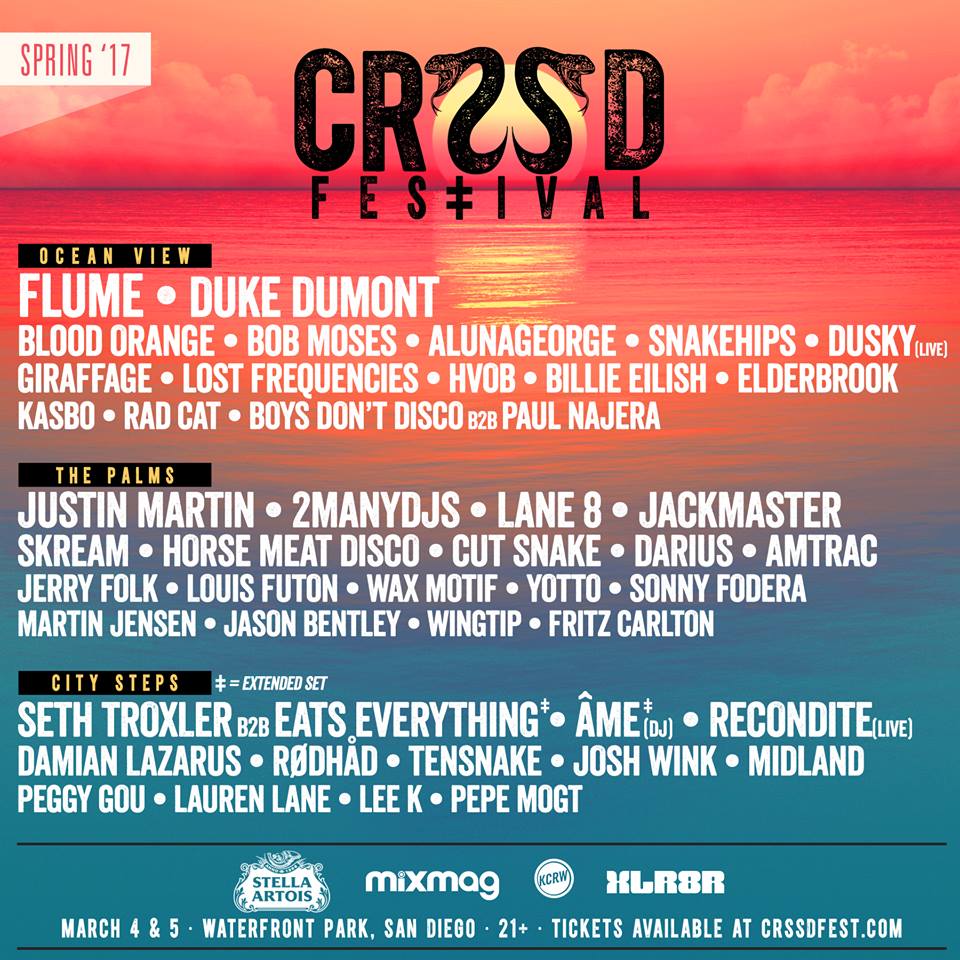