The new event, which is curated by The Cure, including frontman Robert Smith, will also include Pixies, Deftones, Mogwai, Throwing Muses, The Joy Formidable, Chelsea Wolfe, The Twilight Sad, Emma Ruth Rundle and Kælan Mikla.

Pasadena Daydream, will happen at Brookside at the Rose Bowl, the golf course surrounding the hallowed stadium that also hosted Arroyo Seco Weekend in 2017 and 2018. It’s produced by concert promoter Goldenvoice, the company behind Arroyo Seco Weekend, the Coachella Valley Music and Arts Festival in Indio and the recent Just Like Heaven festival in Long Beach, which, while named after the Cure’s hit, didn’t feature the band.

Tickets for Pasadena Daydream go sale at noon Friday, May 17. Passes are $150 for general admission, $300 for VIP, before fees. All of the ticket prices include a $1 donation to that will go towards music and arts education organizations and local charities, including Mr. Holland’s Opus Foundation, Little Kids Rock, Free Arts for Abused Children, Inner-City Arts and The Painted Turtle. Kids 10 and younger get in for free with an adult who has a ticket. 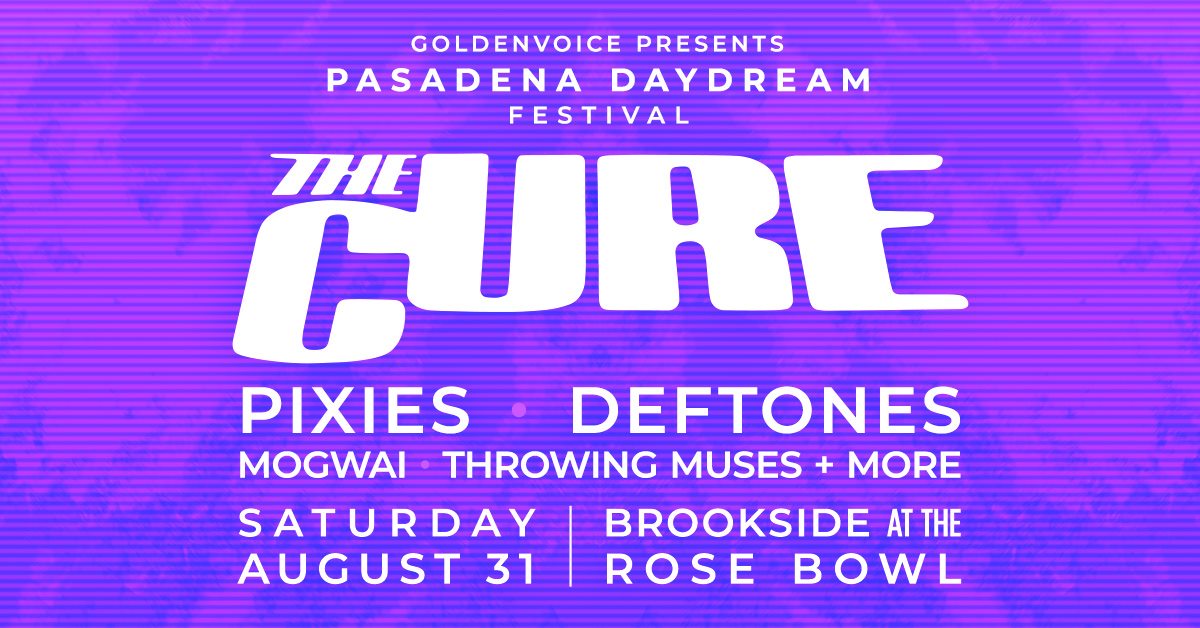