Back in March, sexual allegations against Datsik surfaced online when a few women went on Twitter to accuse him of sexual misconduct and assault that have occurred backstage and in thr tour bus against prominent dubstep DJ/Producer, Datsik

Datsik’s despicable actions against women over a long chunk of his professional career effectively ended it within one night. Despite that, it looks like he has been working on a comeback, according to an Instagram message he replied to:

“I really am grateful to have people like u to help me keep my head up in the dark times. It’s been tough over the last 6 months, but thru it all I’ve gotten sober and been working on a ton of new music. Thanks for ur continued support, it really means the world to me!”

Though it’s great that he’s getting sober, the artist still hasn’t issued an official apology to the women he wronged or even fully acknowledged his actions against them. That makes his expression that the last few months a have been hard a bit…strange. If he does make a comeback, we hope he holds himself accountable, especially considering his relationships with other artists will be an important part of any comeback he makes. It’ll be interesting to see what promoters book him for their festivals, let alone if any? 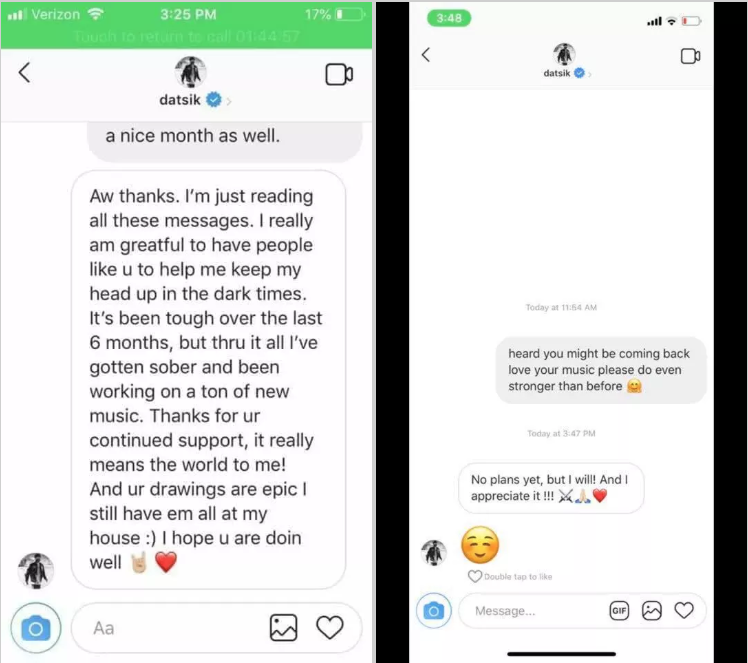