The one and only Joel Zimmerman is launching his new album as Deadmau5 this week and we couldn’t be more excited. I mean, what else could top off new music from the mau5? Deadmau5 at Shrine Expo Hall this April 2017.

Well, deadmau5 announced his new tour beginning this March called “lots of shows in a row” and we’re pretty fucking excited. The venues are pretty varied, with the first show being in New York on March 29th, and for LA fans like us, you can expect four major nights at the Shrine Expo Hall on April 27th, 28th, 29th & 30th, 2017, that’s 4 major nights and the biggest shows any EDM artist has done at the venue. It’s been 5 years since Deadmau5 last played Los Angeles for his own solo event. For those who don’t remember, the mau5 did 4 major nights at The Hollywood Palladium August 25-28, 2011. So, ya. All of us here in LA are excited for the return of Deadmau5. 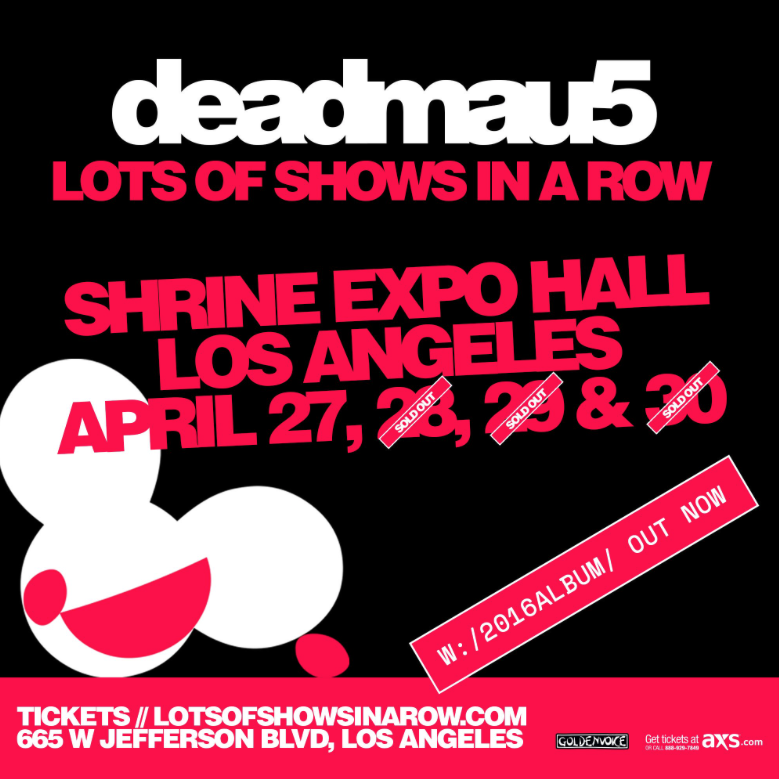