The deadmau5 live experience has long been one of the most invigorating in music, taking listeners on a complete journey that melds his signature sound with a state of the art live show. He will be taking W:/2016ALBUM/ on the road in 2017 with a new live show and an even bigger cube. He’ll be doing two major shows in Los Angeles at the Shrine Expo Hall and Oakland this April 2017. It’s been 5 years since Deadmau5 last played Los Angeles for his own solo event. For those who don’t remember, the mau5 did 4 major nights at The Hollywood Palladium August 25-28, 2011.

Pre-sale tickets start Friday, December 2nd at 10AM with the password being INAROW. General on sale date will be this Monday, December 5th.

The latest album from deadmau5 titled W:/2016ALBUM/ will officially be released tomorrow, but for those eager to hear it, you can start listening now on Spotify here. 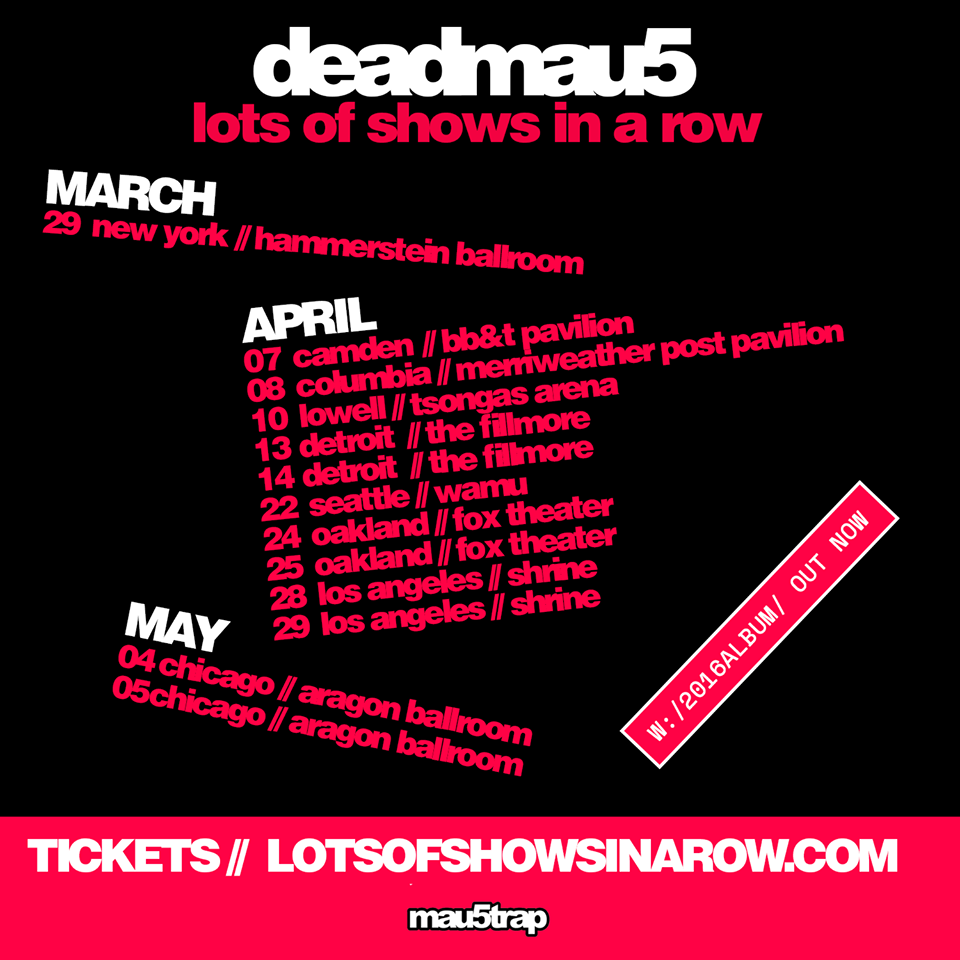