The one & only Eric Prydz will host a special charity event with the Cancer Research Institute in honor of James Lillo who tragically passed away just a week ago after speaking with Prydz. The charity event will take place on Saturday, December 17th, 2016 inside Sound Nightclub in Los Angeles. All proceeds will go to the Cancer Research Institute. For those of you that can’t make it, you can donate to James chosen charity here. Please spread the word.

Many of you are aware that an amazing guy called James Lillo who was suffering from stage four terminal cancer approached me last week. After speaking with James we decided to fly him out to LA, to throw his own personal show, which I would DJ to raise money for his chosen charity – Cancer Research Institute. Tragically James passed away this week. His battle and story have affected me deeply, and now more than ever I wish to play this event to raise money for his charity and honor his memory. Having now had the blessing from his family, the show will be at Sound Nightclub on the 17th December. Every $ raised from ticket sales goes to Cancer Research Institute.

If you are unable to attend the show, but would still like to donate directly to James’ chosen charity please click here.

Please dig deep and let’s raise as much money as possible, and PLEASE let’s try and make a difference in James memory. 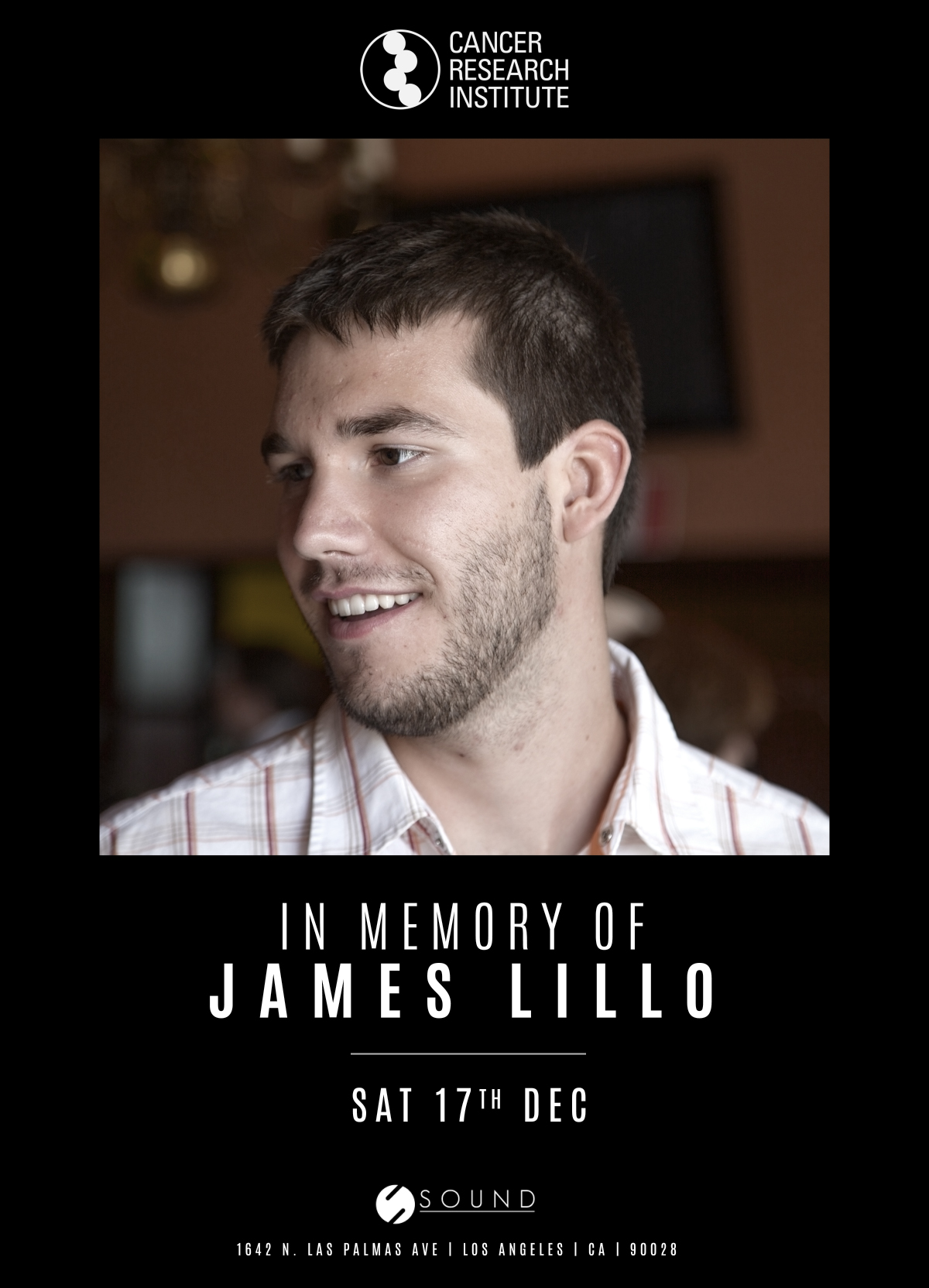