We didn’t realize the next cycle of DJ Mag’s Top 100 voting began until we heard people were wasting their time speaking negatively about it. The artists who legitimately want to place in this widely recognized contest have been posting the news of their involvement in hopes of being able to place and bring more awareness to their music. In this polls unique time of facing backlash, though, said outspoken naysayers feel the need to re-express their already established distaste.

Grabbing the digital poster of DJ Miss K8 and retweeting it, Deadmau5 proceeded to feign extreme interest in votes to win the title in all caps. With this, a domino effect of tweets from both artists and fans is sure to follow. 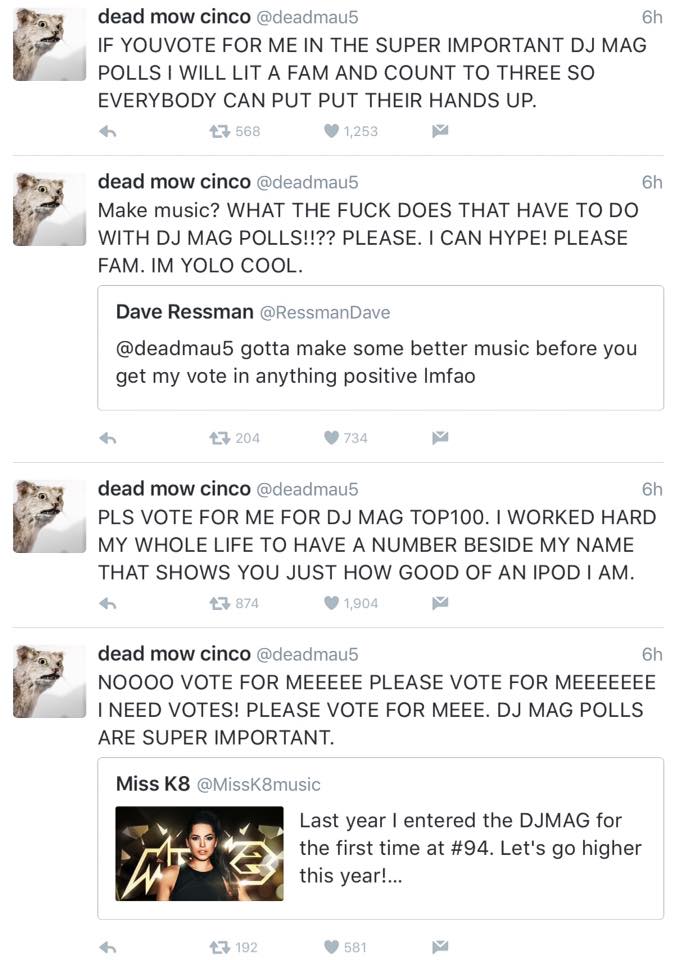 For younger artists who’d like the exposure, this is a great opportunity to get some more awareness to their music. As the years have gone on though, a multitude of individuals have spoken out against this particular poll system or just declined participation altogether (despite still placing on it at times). Criticisms and fake campaigns are sure to take place, with some of the usual suspects stepping forward to voice their criticisms on ranking artistic expression.

Voting for the DJ Mag poll has begun for those who’d like to participate; the Magazine will run their official awards show on October 19th.