Global event crafting icons and structural art scene leaders, Do LaB, have today announced the musical lineup for their famed electronic music oasis at Coachella Valley Music and Arts Festival. This year Do LaB celebrates 13 years of bringing its flagship colorful and creative stage environments to the festival, which have become an iconic facet of the world-renowned event.

Whether losing yourself in conversation or in the dust of the dancefloor The Do LaB stage at Coachella has created a welcoming and unique space where strangers unite and old friends are rediscovered. Over the past decade they have hosted musical performances ranging from Bassnectar and Odesza to Tokimonsta and Gorgon City, while dazzling fans with their ever evolving design.

In 2017 Do LaB have assembled a world-class selection of some of the finest live and DJ acts from across the electronic spectrum to soundtrack their Coachella double weekender. International House and Techno sensations like Justin Martin, Jonas Rathsman, Eagles & Butterflies, Shiba San, Mikey Lion, Lee Reynolds and Billy Kenny will join genre-bending pioneers like Mr. Carmack, Gaslamp Killer, XXYYXX, Daktyl, Barclay Crenshaw and Haywyre, plus multi-instrumentalist live acts FKJ, Monolink, and many more. 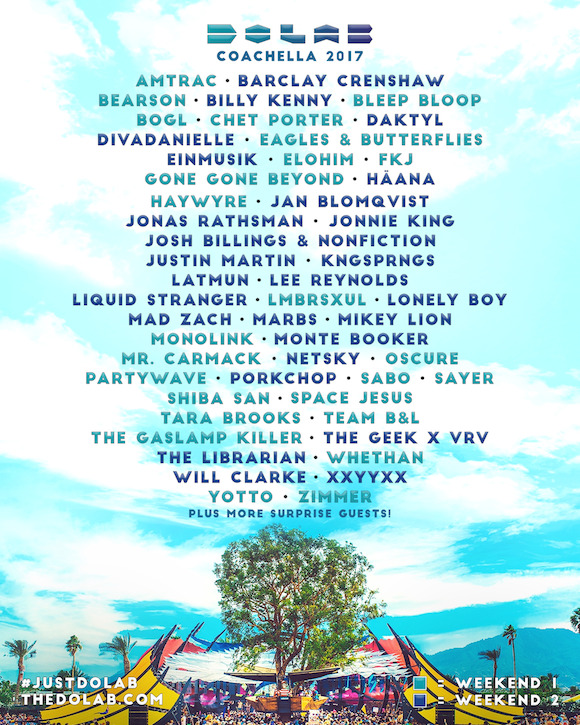