Insomniac announced its renowned trance brand Dreamstate will present the 20-year anniversary of Hommega at the Hollywood Palladium on Sunday, September 3, 2017. Since its inception in 1997, the Hommega label has been at the forefront of cultivating the psytrance movement for fans around the world. Three young electronic music lovers formed “HOMmega Productions,” later becoming known as artists Astrix, Infected Mushroom and PsySex. Dreamstate will bring its unparalleled production and ethereal audiovisuals to the Hollywood Palladium in celebration of Hommega’s 20-year anniversary. Tickets go on sale Thursday, May 25 at 12 PM PT, here.

Journey through the timeless melodies of Dreamstate and Hommega with the talented roster of acts below: 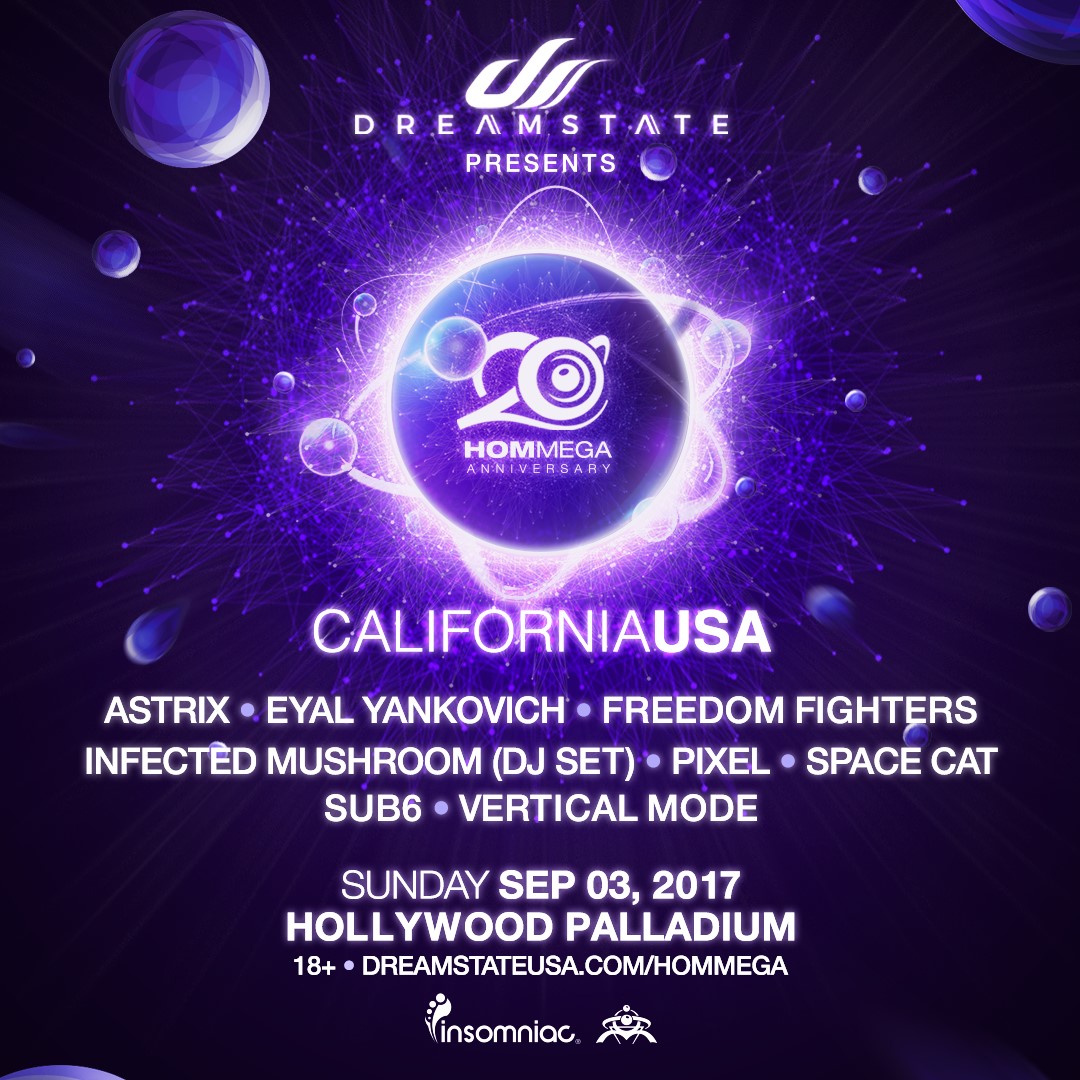