Coachella 2016 artist confirmations have been on a hot streak, as Dubfire’s just revealed he’ll be joining the madness with his Hybrid show. Confirming it officially on Reddit, the Techno artisan will be reportedly playing the same stage where Gesaffelstein bowed out for his last live show. It’s not in the Yuma tent, but that just means more room for other hit acts and some exercise for the dedicated techno heads. 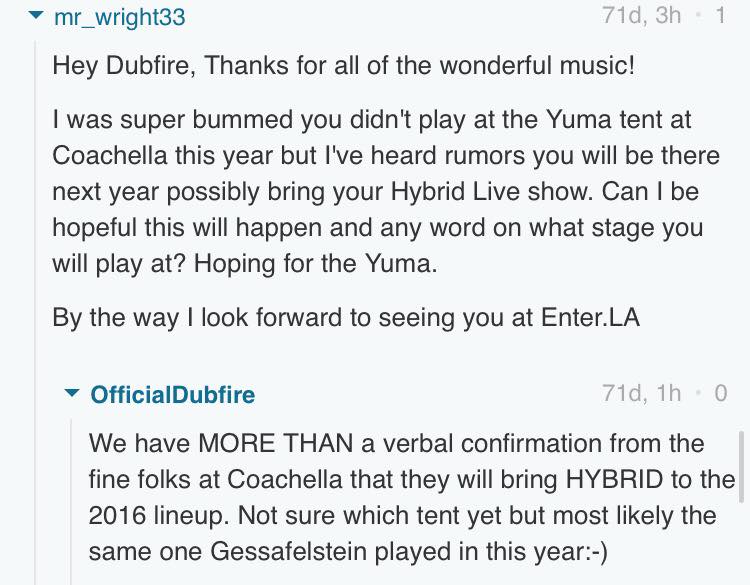