The duo is set to grace stages in Brooklyn, NY at Avant Gardner November 9, San Francisco, CA at Midway November 23, and Washington, D.C. at Echostage December 6.

This trio of exclusive shows brings together a pair of the hottest performers in the world. It stands out as a rare moment for electronic music and a once-in-a-lifetime opportunity to catch these legends on the same bill together. These shows will undoubtedly sell out.

No word yet if there’s going to be a Los Angeles date but we’re guessing Duke Dumont will be going B2B with MK at All My Friends Music Festival in Downtown Los Angeles this October as a secret surprise guest. Just our guess, though. 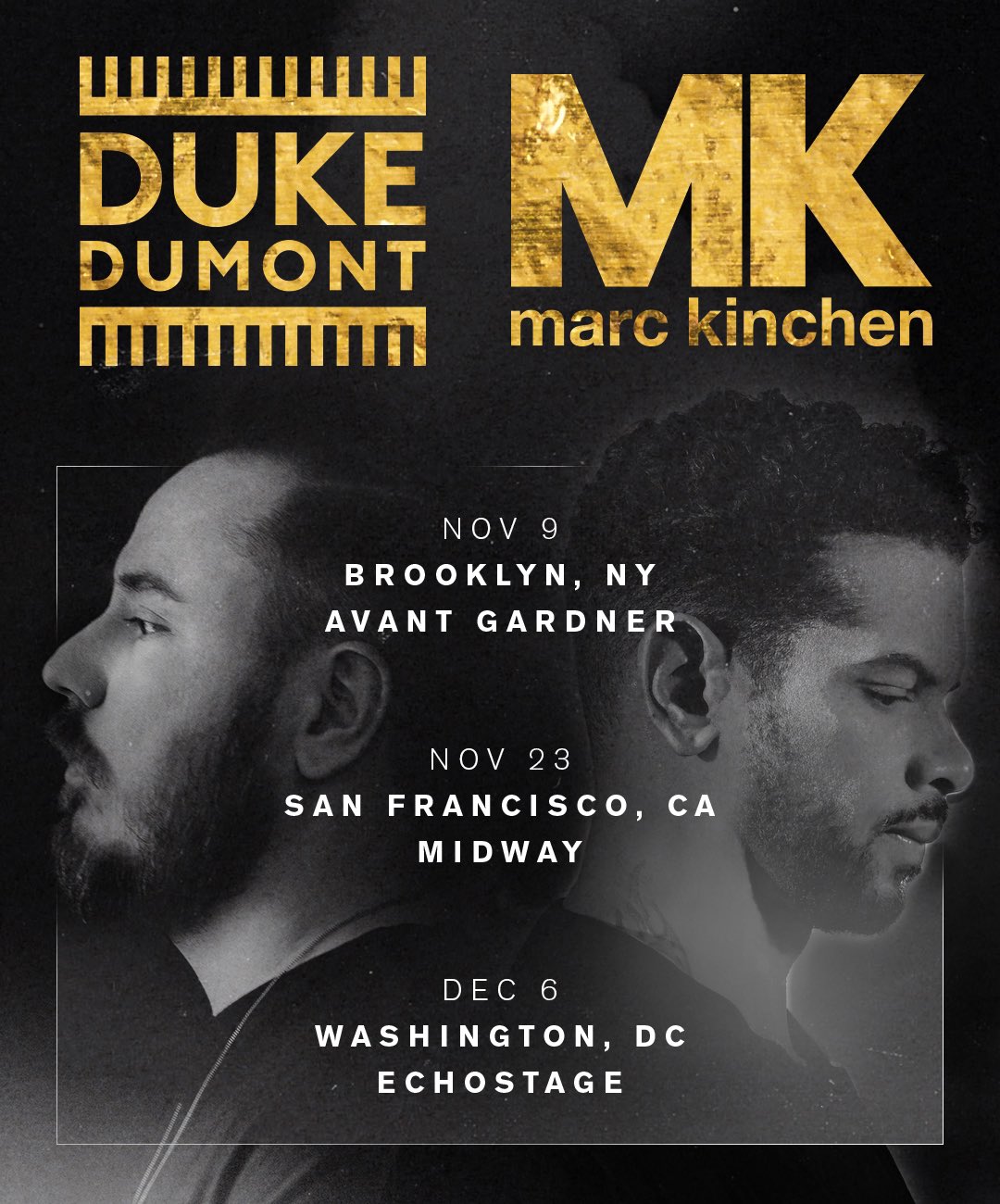