Pasquale Rotella relayed critical information in his comments section on Instagram about the future of EDC Las Vegas, which was forced to move to October of this year due to Vegas’ new requirement that 60% of their residents must be vaccinated before restrictions over large scale gatherings such as EDC can be lifted.

Though the current pace of vaccinations is exceeding expectations, the festival’s initial dates at the end of this month were simply too soon. As of today, only a little over half of the goal has been reached. In a statement, Rotella lamented that the highly anticipated lineup announcement would have come the next day, April 21st. Considering the sudden switch up, all of the many names they had planned were thrown into question and renegotiation. He let fans know in a recent reply to a raver on Instagram that the lineup for the three-day reunion under the electric sky is coming mid-June or sooner. 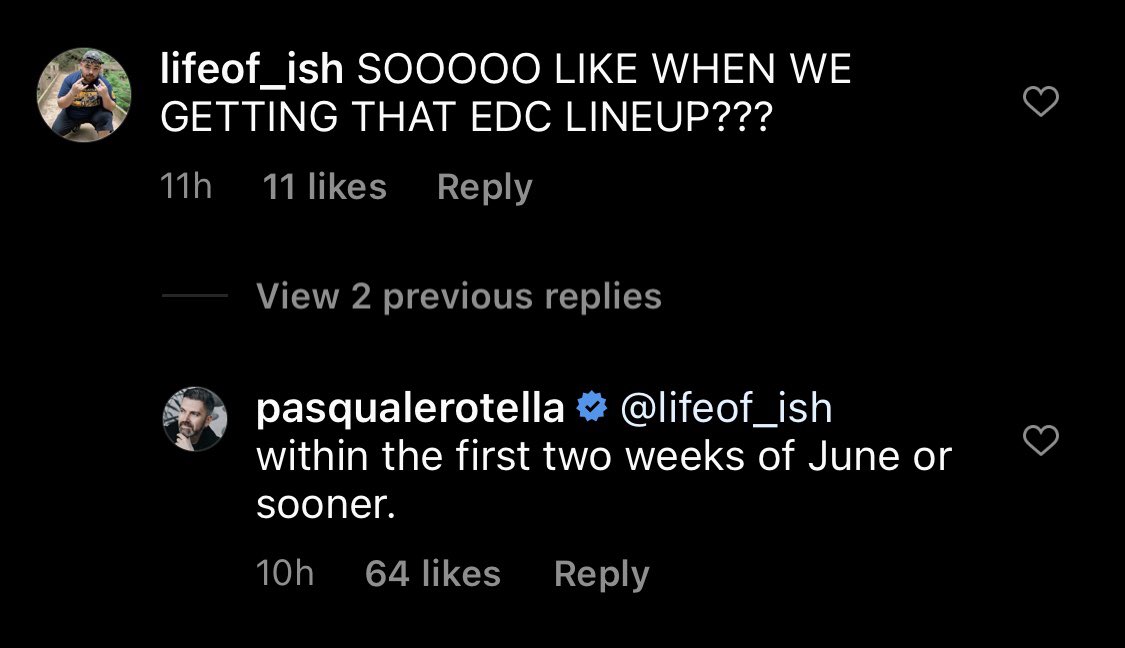