The EDC Vegas 2018 lineup has Hip-Hop in it. To those who cringed at that sentence, relax…of the 220 acts booked, there are four artists from the Hip-Hop universe slated to perform…not including the DJs at the art cars and other possible extra stages. All in all, hip-hop makes up which is less than 2% of the entire roster. Relax, ravers…our hallowed ground is still a cornucopia of dance music. Had these not been big names, you may not have even known they would be at the festival.

This small party of artists was well chosen: Mike WiLL Made-It (who has produced for Kendrick Lamar, Rae Sremmurd, Kanye West, Future), DJ Mustard (YG, 2 Chainz, Wiz Khalifa, Big Sean), and London On Da Track (Gucci Mane, Young Thug, Drake, Lil Wayne) are all highly praised producers, so there’s no doubt you’ll hear some eclectic Dance Music infused with beats and rap acapellas from their own walks of life. Last year Metro Boomin’ threw down a great set at the bassPOD and invited Drake into the action, immediately attracting the whole of the EDC crowd. There was that other Hip-Hop DJ on the circuitGROUNDS who refused to end his set after showing up late and got the state wrong…but we won’t talk about that. More importantly, we’re excited to see what live names these producers have to bring into the mix. R&B Singer Khalid is also on the lineup, who also has a hot single with Marshmello currently. So we’re interested to see what a set like his will entail. Purchase your EDC Vegas 2018 Tickets today!

Who are you penciling into your schedule? Tweet us your favorite Hip-Hop and EDM acts playing @GlobalDanceElec. 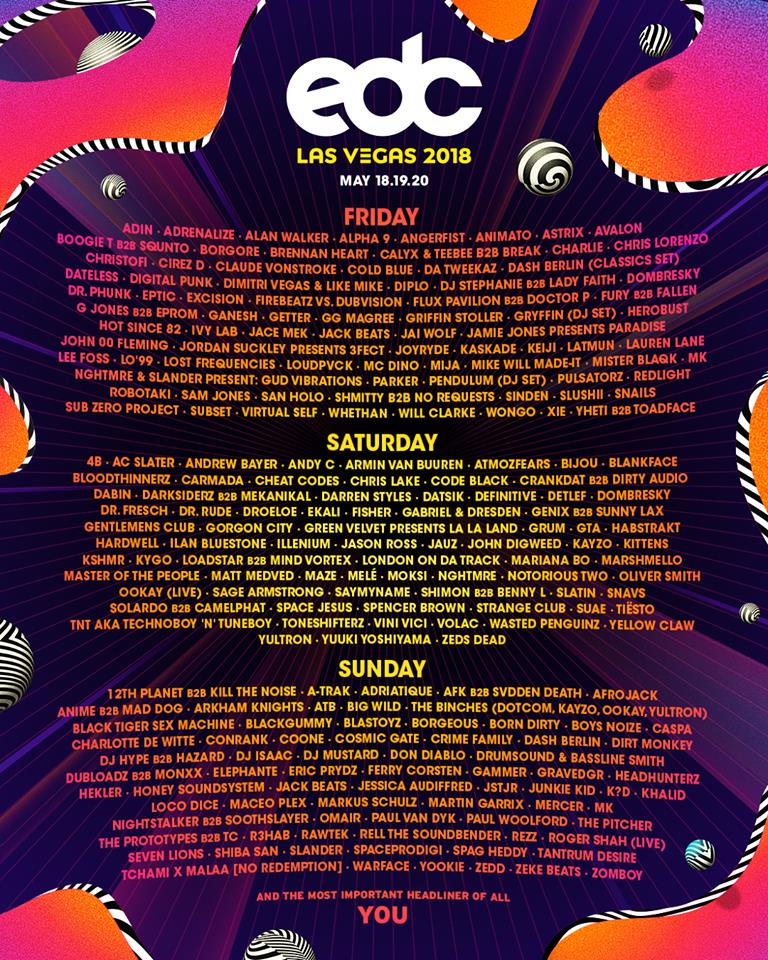