The festival environment has been much different over the last couple of years, not only with the increase in gun violence around the country(and the lack of effort to reduce it) but the incident at a festival in Las Vegas that claimed several lives last year. That’s why the otherwise-normal sound effects of gunshots at Eminem’s set at this year’s Bonaroo threw a sizable chunk of his crowd into a strange mindset. A few people legitimately ran for cover, not knowing that this was part of his classic track “Kill You.” Still, a fan and Youtube Personality Andrea Russett was very concerned about the performance: 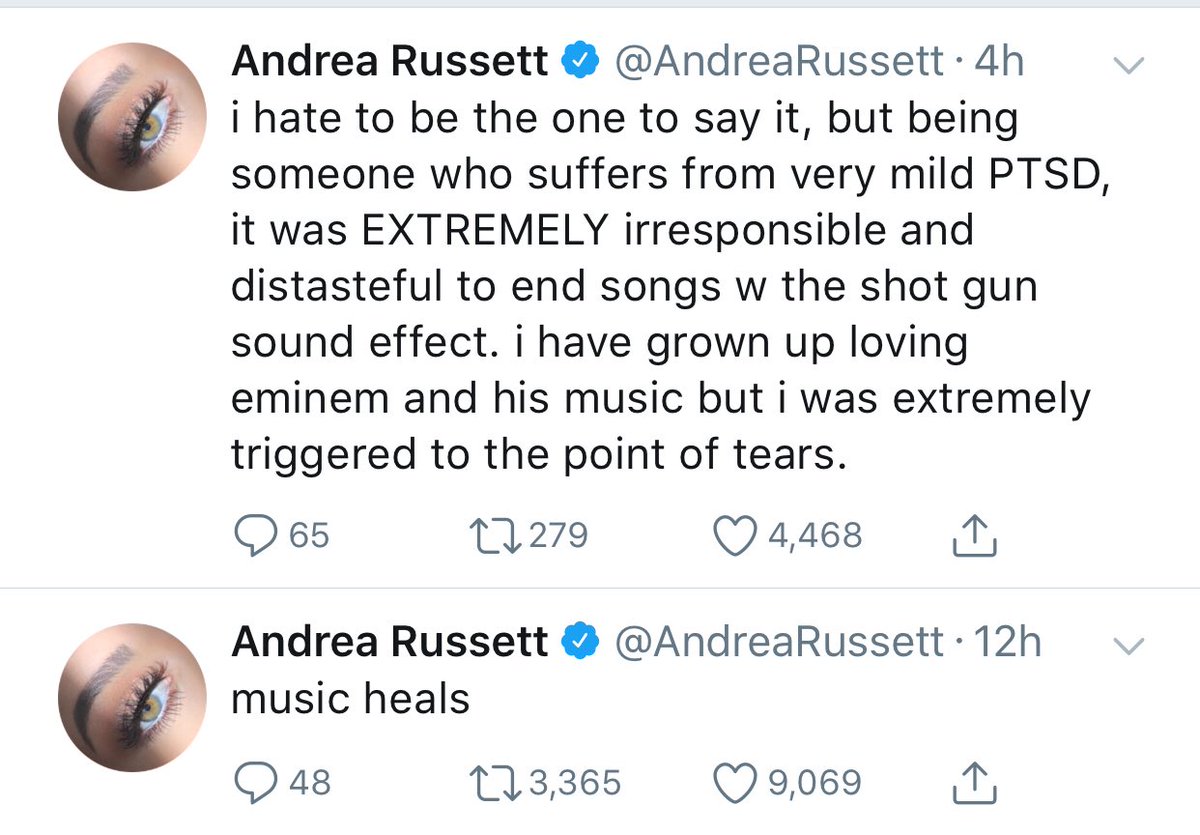 Not for nothing this isn’t the first festival Eminem has performed this year. No one cared/complained about the gunshot sound effects until little miss princess andrea russett and her friend did. LMAO

If you can’t handle a sound of a gunshot, do not go to an Eminem concert Andrea Russett

Honestly, fuck Eminem. Added gunshots to his set. Had to leave. So disgusting and distasteful. Shame on you.

Should Eminem change his performance with people’s concerns in mind? Or is there no need? Join the conversation on Twitter @GlobalDanceElec.