Porter Robinson’s first half of January hasn’t been bad at all, with his Virtual Self alias being a hot topic and his normal guise playing several DJ sets himself. It seems like he’s gotten so big, he’s even on Pornhub! Fans on Twitter discovered a peculiar video with Robinson’s set on the website entitled “SadBoi Fucks Entire crowd.” The 57-minute upload of Porter’s entire Decadence Colorado set either caught 1000 people’s eyes for the wrong reasons or was viewed in full by avid Pornhubbers who needed a little break. Either way, the video was not too good of a look, so it was taken down at the speed of light.

Unfortunately, the video has in fact since been taken down but photo proof that this legit happened is below. 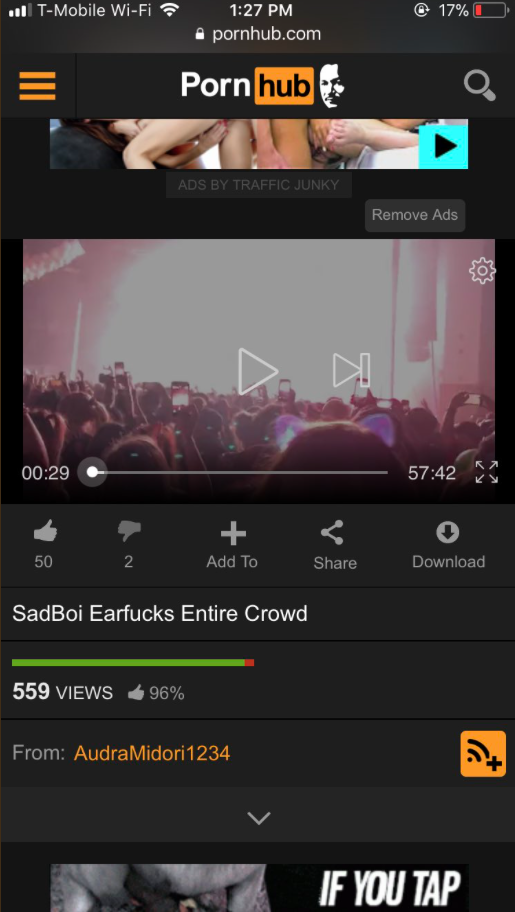