Marshmello, the anonymous Producer/DJ is taking the music industry by storm. Becoming one of the fastest rising dance producers in history, his fanbase ranges from children to adults who have helped him gather over 2 billion streams and over 300 consecutive sold out shows worldwide, currently making him one of Spotify’s Top 10 most listened to Artists in the world. 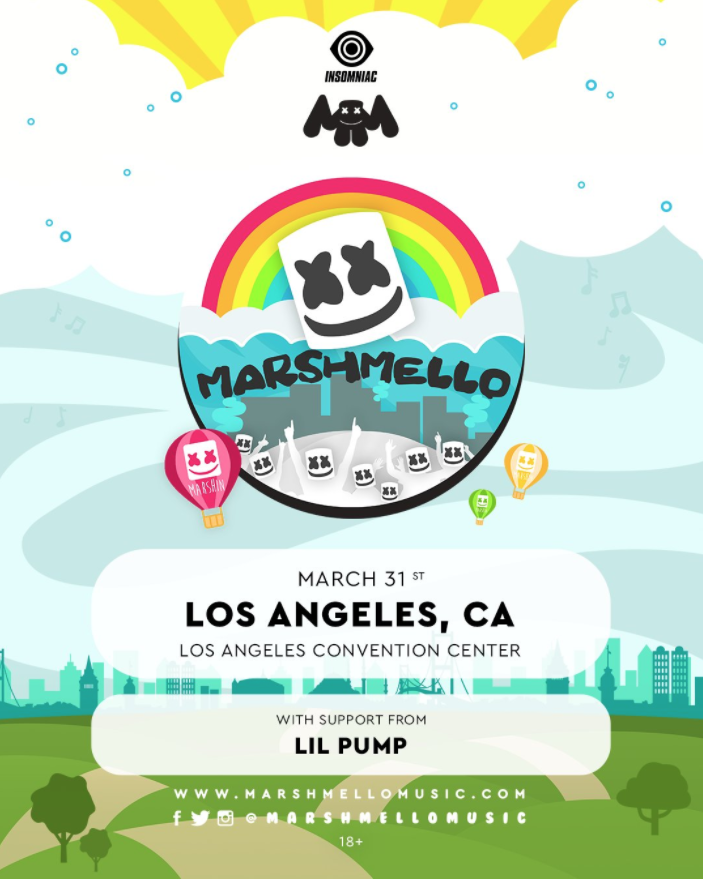