For those who attended HARD Summer, you know how groovy Fisher’s set was. His 1.5-hour performance just wasn’t enough as he left us for dead on the dance floor like two fishes trying to grasp for air. But no worries as Fisher announces a new LA show at Academy Nightclub on Saturday, November 10th.

Fisher arrived in 2018 surfing a tsunami of hype. 2017 was his breakout year. His signature single, “Ya Kidding”, was one of the top tracks of the year, landing at #2 in the Ibiza shazam chart overall for the summer. His follow up, “Stop It” might as well have been even bigger, with both tracks netting millions of streams on Spotify alone and becoming inescapable on dance floors for months.

The Australian producer has brought his inimitable personality to his productions, creating infectious tunes and cheeky vocal hooks that crawl up inside your ear and won’t leave you alone. Crowd Control is his third outing for VonStroke’s label, I doubt anyone would bet against it being another home-run and Fisher going 3 for 3 on DIRTYBIRD. Crowd Control is accompanied by a string of shows for Fisher, which mark his first major solo tour. He is a singular presence in the booth, with an infectious energy, stage-wide smile, and a killer record-bag. On an unstoppable roll, Fisher is one you won’t be able to take your eyes off in 2018. Follow the Fish on November 10th for Fisher at Academy LA Nightclub.

Tickets are now on sale! 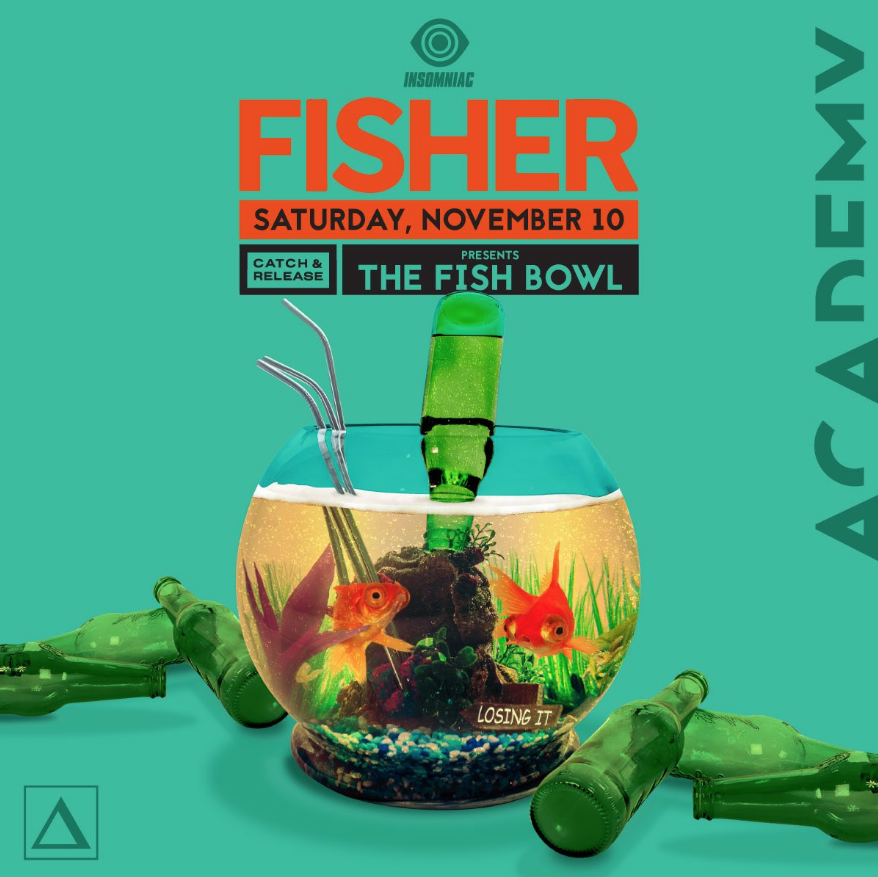