The year was full of high points for Dance Music artists, festivals and the community across the board. Check out our biggest standout moments of 2018 and let us know what you’re looking forward to next year on Twitter @GlobalDanceElec. 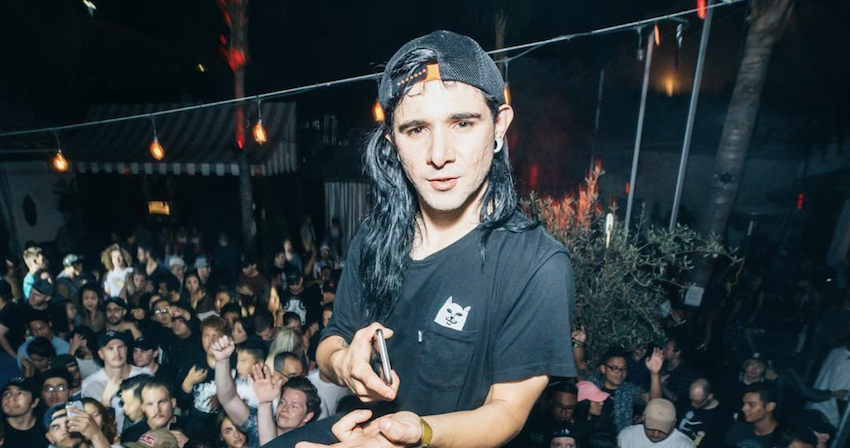 The Skrillex Album Rumor Everyone Obsessed Over:

Not a day went by without someone searching for more evidence that Skrillex’s new album would come by sometime this year…including us. Though said album did not transpire quite yet, we still got a consistent output of beats from the OWSLA head and mastermind producer. Skrillex tided us over by making hits for a wide range of artists from Mariah Carey to Japanese superstar Utada Hikaru. There was even some social media proof of new music in the works with Boys Noize under their Dog Blood Monicker. Fans around the world are currently biting their nails over the mysterious new Purple website of his, and what it may evolve into next year. For now, there are just a few tour dates including a big show for Dog Blood. We predict this steady wave of new content is going to swell up before we can blink come next year.

The Debut of Porter Robinson’s Virtual Self:

Virtual Self struck us all like a bolt of lightning at the end of last year, but it wasn’t until his 2018 tour of the U.S. that we got a full contextual idea of Porter Robinson’s new thematic audiovisual concept. He described his new project eloquently in an interview with The Fader:

Virtual Self combines a lot of unlike elements — trance, jungle, slowed-down breakbeats. It’s almost like me trying to create what electronic music sounded like when I was 12 years old, just typing the word “techno” into Limewire and downloading horribly mislabeled songs by Aphex Twin and other artists. I didn’t draw distinctions between J-hardcore, jungle, trance, and IDM. There weren’t rules of what does and doesn’t go together.

The DJ sets of Virtual Self are split, alternating between mysterious dark techy and an insane, aggressive, million-synths-playing-at-once kind of sensibility.

The effort he put into making this idea a reality was clear with the intricate visuals and theatrical moments at his live sets. The Circuit Grounds at EDC made for an outstanding articulation of this vision. The die-hard fans of Robinson would have partied to his sound in the pouring rain. Speaking of weather, though…

The Weather at EDC Vegas Was Amazing: 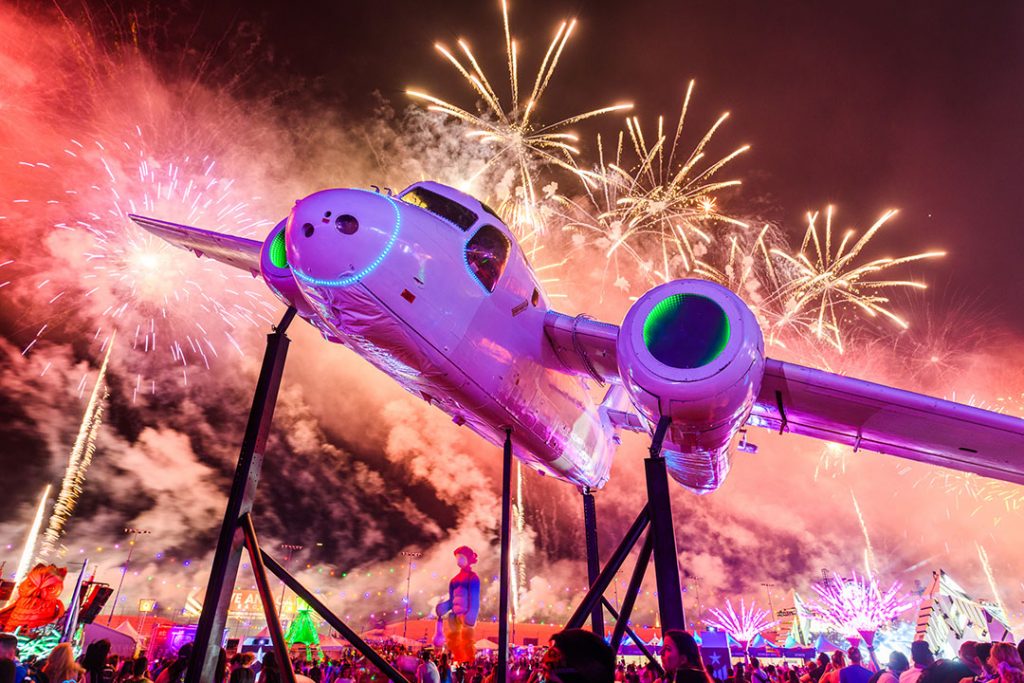 One of the biggest issues people had with EDC was the blistering Las Vegas heat on the Speedway. Insomniac has had this event in June for years and years, so the move to make it a month earlier was risky and potentially frustrating for those who would need to plan school around the big show. The second thousands of people stepped onto the grounds this year, though, it was immediately clear how great of a decision an EDC in May was. The cool breeze around the stages was a sharp contrast to the usual 100 degree-at-4AM dread felt at the event. A majority of folks were overjoyed at the pyrotechnics instead of running away from them. This marks yet another example of Insomniac tackling the seemingly impossible cons of an event. Those planning another year under the electric sky can be more excited than they ever were for the U.S.’s biggest Dusk ‘till Dawn event.

Ultra Miami Shifting Their Home Base FromBayfront to Island Venue

The victory of newer and affluent residents in Bayfront park against Ultra Music Festival was a sad obstacle for Dance Music fans. That and several other festivals were forced out because of a vote not to renew Ultra’s contract in the venue. This sudden search for a new venue for this historic U.S. festival was not long, with the original dates in March preserved at their new venue Virginia Key Beach Park. This may even be a happy accident for some fans, as the festival’s Resistance is hosting a special after-hours session into the morning.

In 2012, One Last Tour made headlines as the last ever tour for Swedish House Mafia. Though Ingrosso and Alesso made some collaborations, the three ran their own individual labels and helped shine the spotlight on their respective musical families. A surprise reunion set at Ultra feels like just yesterday, as mounting suspicion was finally confirmed with mysterious billboards with the iconic three dot logo associated with the act. As one less than 24 hours ago, the official world tour was highlighted on the trio’s website.