Gesaffelstein has been teasing fans with a comeback since November. The French artist has been popping up on billboards in major cities, leading to a slow buildup. Finally, he released “Reset”-letting fans hear from him for the first time in years.

Now, in addition to that single, he has given his fans more in the heat of Art Basel-a confirmed incoming album. More billboards surfaced in Miami during the arts and music festival, along with accompanying artwork for the album. Columbia Records announced signing the producer on in November, and we are left waiting for more.

Titled “Hyperion,” the release date has not been announced. For now, we all have a sudden newfound interest in billboards. 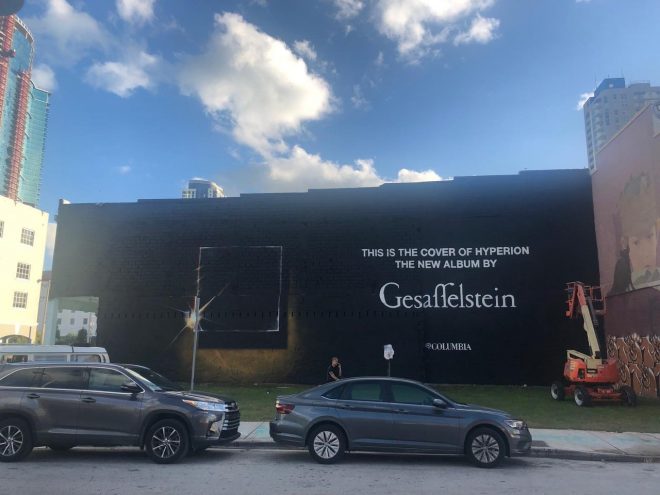