.@latimes back at it w embarrassing (for them) reporting. Wrong about my #KaskadeLA show:25k+ there w ZERO transfers to hospital, btw.

The electronic music scene is under heavy fire again, this time by LA Times who have equated the “summer of deaths” in festivals to the reason HARD’s Day of The Dead is not happening this year. But one producer will not let the toxic news poison our scene. 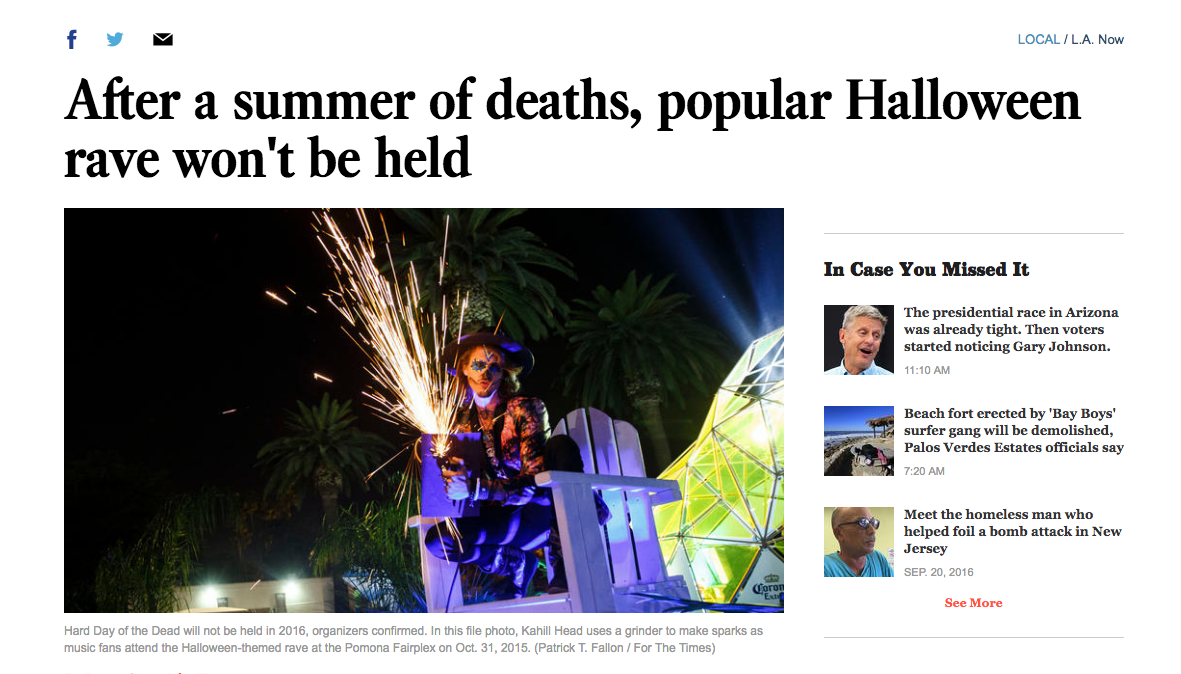 In a passionate moment, Kaskade has taken the mantle again to denounce the LA Times article in a blog post on his site Titled as “I Can’t Keep Quiet”, the producer goes on stating the hard facts about the numbers presented in the LA Times article and addressing how substance related deaths, in general, are not covered, yet raves are always the victim. Read his full statement below or click here.

I’m not a numbers guy. I live for music, I might even choose to die by music, were that possible. But sometimes numbers paint a picture so let’s get smart for one second.

Today an article surfaced in the LA Times, AGAIN, saying the sky is falling because of raves. Its headline screams a salacious “After a summer of deaths, popular Halloween rave won’t be held”.

Really. A summer of deaths. Really.

In a recent previous article, LA Times states, “There have now been at least 21 confirmed drug-related deaths among people who went to raves nationwide by Los Angeles-area companies since 2006.” As a lover of dance music, a friend, a brother, a son, a husband, and a father, even ONE death strikes me down.

But let’s not pretend this is an isolated problem, something unique to dance music culture. According to the National Highway Traffic Safety Administration, every day in America 27 (TWENTY-SEVEN!) people die as a result of drunk driving crashes.

That’s more than one person, per hour, every single day.

I’m happy to tackle substance abuse. I’m happy to use my influence to encourage people to be responsible, to stay alive. But this is a world-wide problem, something that is not even close to being unique to dance music. Part of the problem is people trying to simple-size it. Raves = drugs. So close them down.

Not going to work, and we all know it. Time to devote your column inches to some real stories. The war on drugs is a farce. There are better answers than regurgitating the same alarmist solutions that have never worked, which will NEVER work. Try this on: education, harm reduction and legalization.

Start there. And back to the music for me.